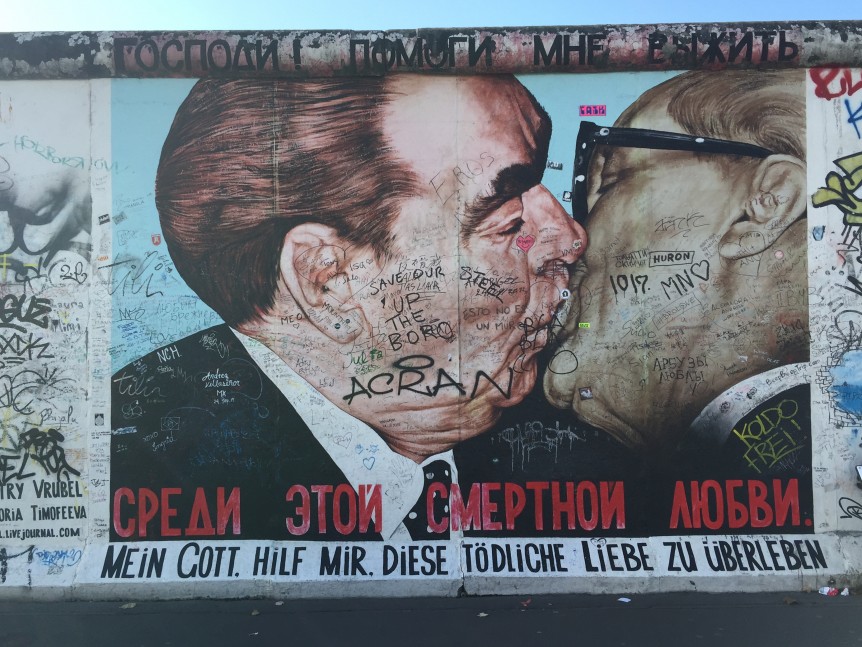 Several years ago I decided I would stop taking photos when I traveled, or at best, take very few.

It started on a trip to Versailles. We were going through the palace looking at things, and most of the time a young woman was traveling through at about the same speed as we were. Sometimes we’d be ahead or behind her, but we were aware of her presence most of the time. What traumatized (ok, perhaps that is a bit of an exaggeration) me about taking photographs was her recording of her experience using a video camera, and never once, at least as far was we could see, removing her eye from the viewfinder.

There she was at Versailles, experiencing it not as it was, but through the viewfinder of her camera.

But I knew that if I were going to create a website for our trip, I would need to at least a few photographs to set the visual context, and to remind me of what I wanted to write about. That more or less worked (although I must admit that sometimes I did get carried away) until Berlin.

Here the street art was not only amazing, but was almost a constant presence, and I found myself spending most of my time taking photographs as we wandered around Berlin, seeing it through my viewfinder instead of experiencing it directly.

So I stopped taking photos and started paying attention to where I was. Then I spent one morning just looking for and photographing street art. You can see the photos I took (it being only a fraction of what we saw), but you’ll get the picture (pun intended) and you’ll have to go to Berlin and see it all for yourself. I also shot a video of some interesting street art along the S-Bahn S7 line to Potsdam. I’ll try and edit it into a short video sometime before the end of the century.

One of the great disappointments for us in Berlin was the Eastside Gallery. The East Side Gallery is a 1.3 km long section of the Berlin Wall located near the center of Berlin and started as an international memorial for freedom. In 1990, after the fall of the Wall, over 100 artists from all over the world were invited to paint their images of the political events that took place in 1989 and 1990.

The paintings at the East Side Gallery document a time of change and express the great hopes for a better, and freer, future for all people of the world. It was the brief moment in recent history that people could be optimistic about the future

But then the world crept back in. Sections of the wall were moved and removed to make way for commerce, and two-thirds of the paintings are badly damaged by erosion, graffiti, and vandalism. Some have been restored, but some of the artists refused to paint their own images again after they were destroyed by the renovation. The politics continue and so does the graffiti and cheesy atmosphere as tourists obscure the paintings as they pose for photos of themselves or selfies in front of the paintings.

The whole thing is really sad, but here are a few of the photos we took, many in the early morning, and in the freezing cold before the tour busses showed up.

More satisfying was the Festival of Lights — one of the reasons we moved our trip to Berlin from summer to the onset of winter (and yes it was cold).

During the Festival of Lights projections and 3D video mappings transform dozens of buildings and historical monuments (the Brandenburg Gate, Berlin Cathedral, Humboldt University, and Berlin TV Tower to name a few) into light art, with quite a few stand alone light art installations as well.

You can see our photos, and the professionals at work at the Festival of Lights website — definitely worth the trip … and the cold. 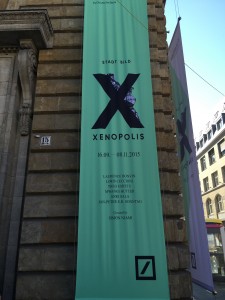 There are also fabulous art museums and galleries in Berlin, and in Dresden (a day trip we took) as well. I generally don’t list the places we visited, but if you are interested in modern art, we especially liked the Albertinum in Dresden with an outstanding collection (including a Gerhart Richter Archive), the Deutsche Bank KunstHalle with a fabulous video work that captivated us for 45+ minutes – Theo Eshetu’s “Kiss the Moment” is 18 videos on 18 HD monitors. If you are in Berlin you have to see it, along with the Berlinische Gallery with its modern art, architecture, and photography, recommend by our friends Thomas and Astrid. Much of the art we saw we liked or were at least fascinated by, but some of it left us scratching our heads in wonder. Only time will tell if we were perceptive or ignorant. And since too often art is in the eye of the beholder, we’ll leave it up to you to discover what you like when you get to Berlin.

Even though we were there in Berlin for three weeks, there was a lot we didn’t get to see (there is never enough time in a place it seems), so plan accordingly.