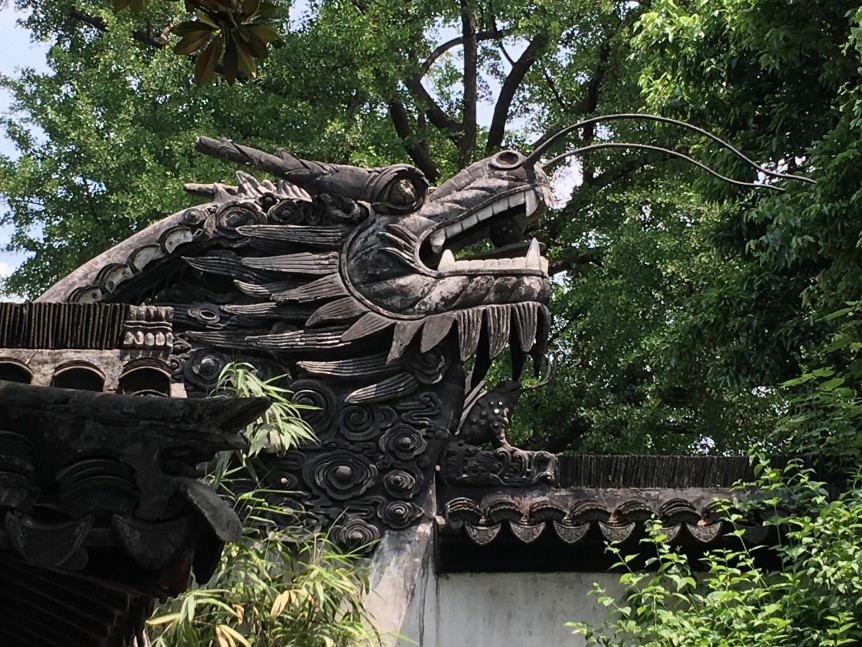 We ended up in China only because we had to leave from Beijing on our Trans-Siberian Railway trip if we wanted to see Mongolia, and it made sense to spend some the time in China during the two weeks between leaving Bhutan and the train departure.

Neither Linda nor I were that excited about going to China. Friends, and people we met on our travels who had been to China, had told us horror stories about pollution and how rude the Chinese were — and subtly and not so subtly sent the message that we had to be out of our minds to travel on our own there.

We got even less excited about spending time in China as we came in contact with Chinese Tourists. They traveled in packs (tour groups) that included quite a few (but not all) rude, arrogant, and unpleasant to be around people. They pushed, they shoved, they were generally obnoxious (an opinion shared by many of the guides we had met), and even made the Ugly American traveler look good.

Their behavior has been so bad that the Chinese government created a 62-page document that outlines proper behavior for its citizens when they are abroad — advising against such things as nose picking, slurping food loudly, and stealing life jackets from airplanes. Just recently, after a Shanghai Disneyland opening that included children defecating in the bushes and people carving graffiti on lampposts, the Chinese government issued an etiquette guide for visitors of Shanghai Disneyland. To top it all off, Beijing announced in January that it planned to publicly shame unruly tourists — Chinese citizens were encouraged to take photos or video of any bad behavior they spotted and pass it on to authorities.

Well, nothing like a challenge, and, with some trepidation, we arrived in China.

But just as most Americans are not Ugly Americans, most Chinese don’t behave like Chinese Tourists. We had done what I had criticized others of doing — drawing a conclusion from a not-representative sample. So much for the pride we took in being enlightened, open minded travelers.

Mea culpa, and we’ll try to do better next time.

Turns out, we loved China. We found almost all of the Chinese we met to be considerate (except that they don’t queue — part of the culture), and always tried to be helpful. Even when they didn’t speak English, especially in the non-tourist areas outside of Beijing and Shanghai, they were always ready with a translate app on their phones to try and help. Traveling on our own resulted in some interesting experiences we probably wouldn’t have had, although it probably took more time and effort to get things done. But then again, we got the beginnings of an insight into today’s China and found it so fascinating we are planning to return to China for a month or two within the next few years.

We started in Shanghai. At 25 million people it is the largest city in China, a global financial center, and a transport hub with the world’s busiest container port. Coming from a mostly rural Bhutan, with a total population of 750,000 people, we were in culture shock. And after our experiences in Bangkok, Yangon, and a few other Asian cities, I thought I was finished with city life. But there I was, in love with great cities again.

Shanghai seems to be a cross between a sort-of Las Vegas and a sort-of London or Paris.

We stayed on the Shanghai Bund on the Huangpu River, which has dozens of magnificent buildings that were built in the years around the turn of the twentieth century when the Bund was a major financial center in East Asia. They are predominantly Eclectic style, with a number of Art Deco and Beaux Arts style buildings thrown into the mix. 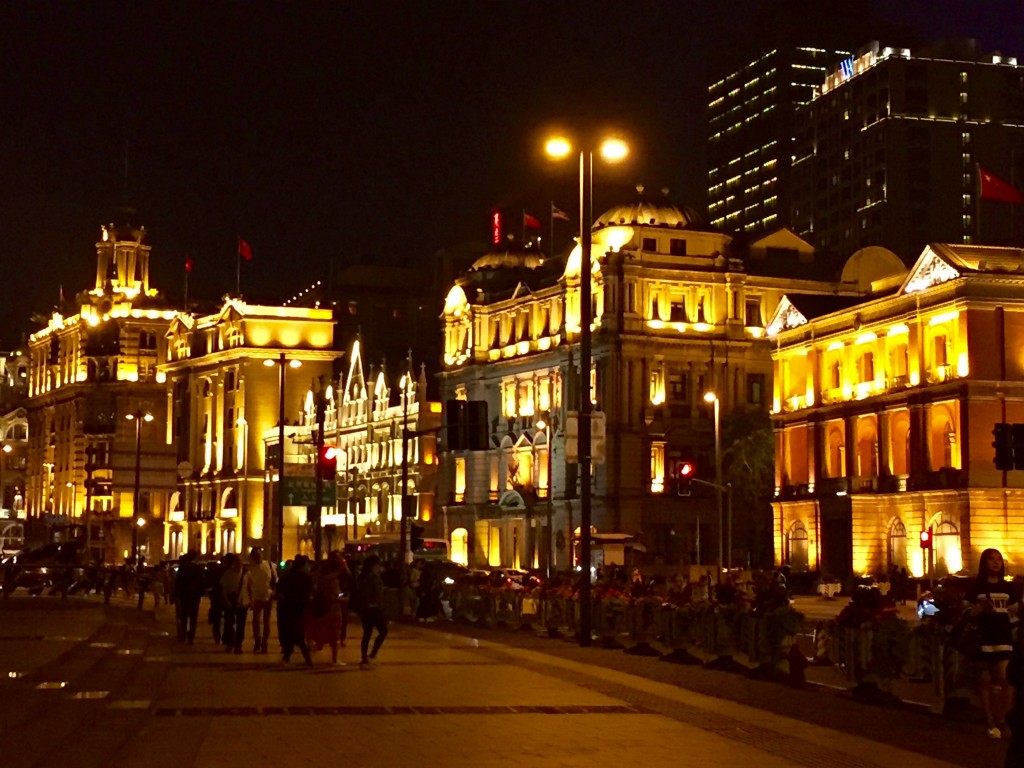 The Bund at night

This was the sort-of Paris or London part.

Across the river is Pudong, where, in 1993, the Chinese government set up a Special Economic Zone in Chuansha, creating the Pudong New Area. The western tip of the Pudong district has become a financial hub of modern China with giant skyscrapers, including the Oriental Pearl Tower, Jin Mao Building, Shanghai World Financial Center, and Shanghai Tower (with its very cool spiral design). These buildings, which we could see from the Bund, form the skyline of modern Shanghai.

While Linda was blown away by the skyscrapers, I was a bit more blasé. That was until the evening when the buildings erupted in a show of light and video mapping that blew me away as well. 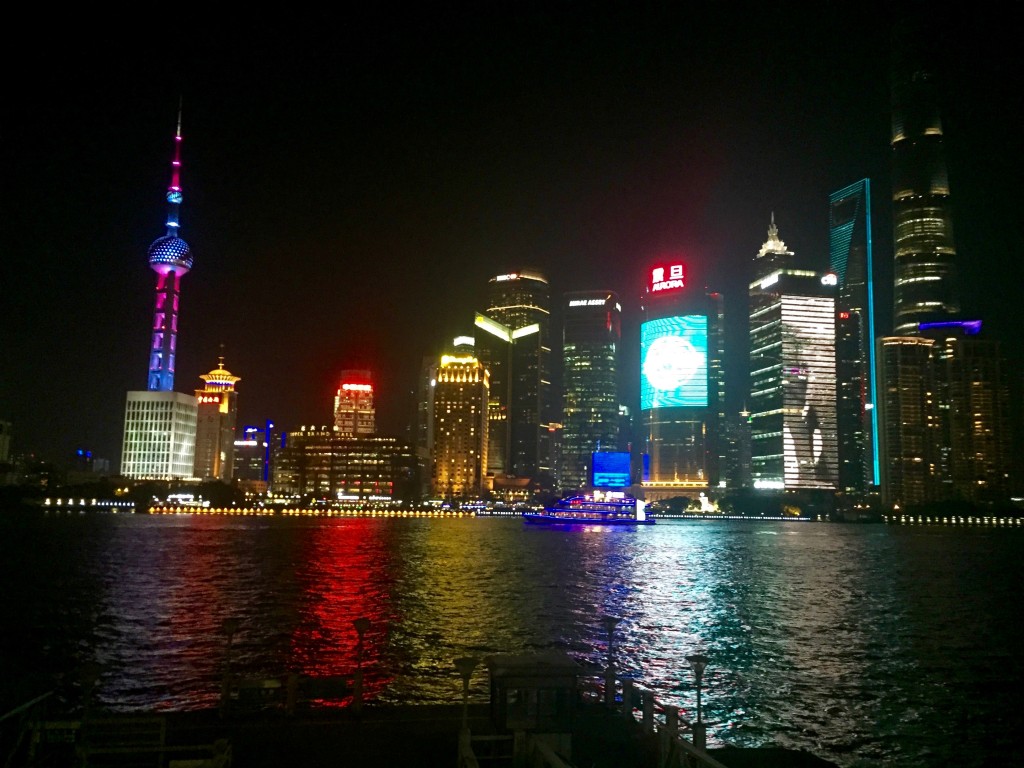 This was the sort-of Las Vegas part.

While Pudong is certainly more colorful and entertaining, we actually appreciated the subtle elegance of the Bund more.

But even in modern Shanghai, tradition still survives if you look for it. Yu Garden lives in modern Shanghai, hidden in the crazy busy Yuyuan Tourist Mart — one of those ethnic Potemkin villages that tourists find so appealing — and it took us three tries to finally find it, and get into it. 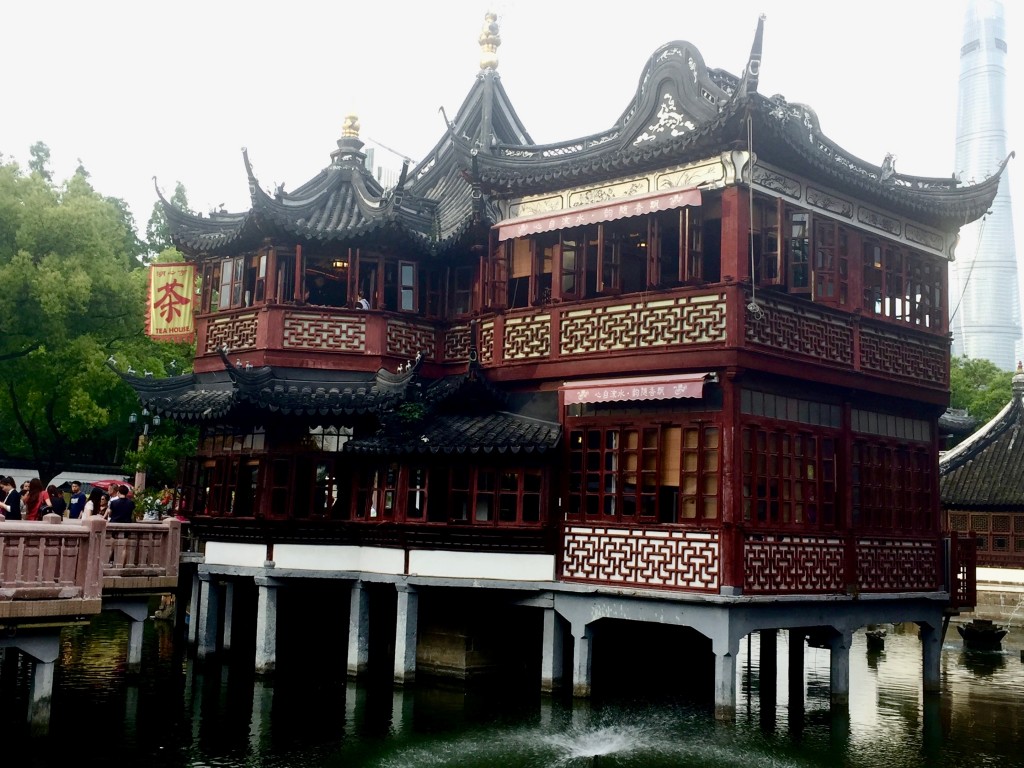 It is my romantic idea of pre-industrial China — one of those brush painting, aesthetic being-with-nature places that I imagine when I think about traditional China.

Yu Garden was first built in 1559 during the Ming Dynasty by Pan Yunduan as a comfort for his father, the minister Pan En, in his old age. And it was a comfort to us after a few intense days in Shanghai. 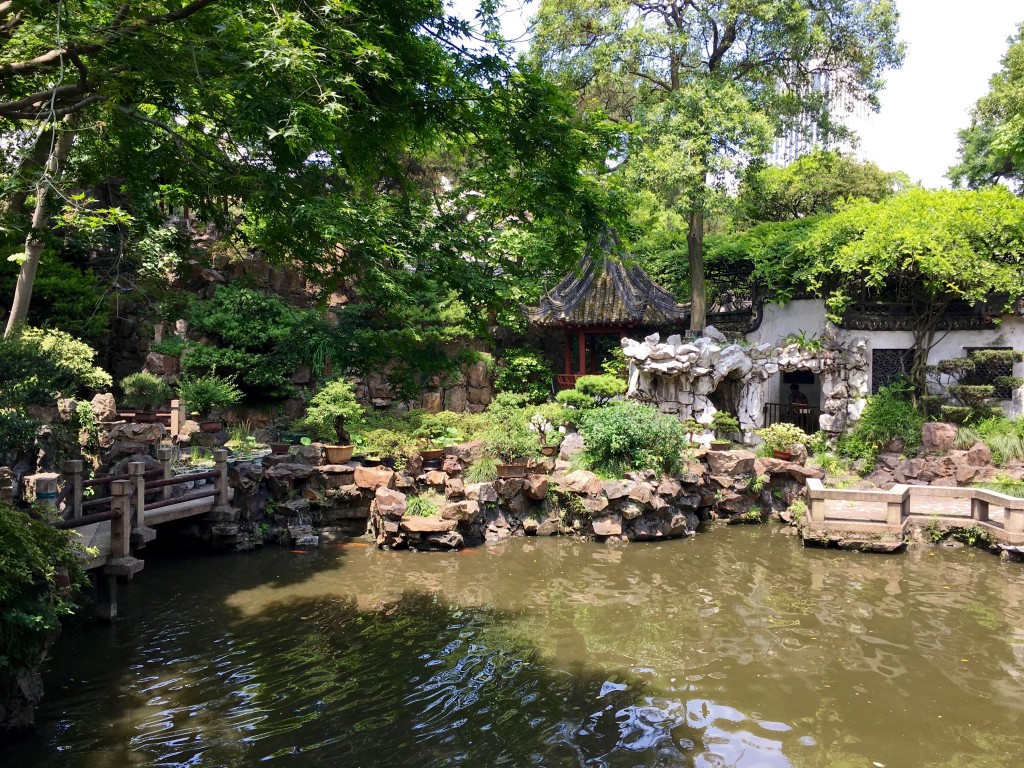 In the 1930’s Shanghai was the undisputed hub of the Asia Pacific, but after the Communist Party takeover of the mainland in 1949, with trade limited to socialist countries, it, as they euphemistically say, “fell into decline”. Then in the 1990s, Shanghai reemerged as a world class city under the economic reforms introduced by Deng Xiaoping.

While Shanghai’s history is well known, what I had forgotten was how important it was as a “haven” for Jewish people fleeing Nazi-occupied Europe in the 1930s and 40s.

A Jewish community had existed in Shanghai since the late nineteenth century, but the first large wave of immigrants came in the 1920s and 30s, as thousands of Russian Jews fled the Bolshevik Revolution for the more open and business-friendly Shanghai. A decade later, the mainly Russian and Sephardic Jewish community was supplemented by tens of thousands of Ashkenazi Jews from Europe, who fled during the early stages of Nazi rule in Germany. 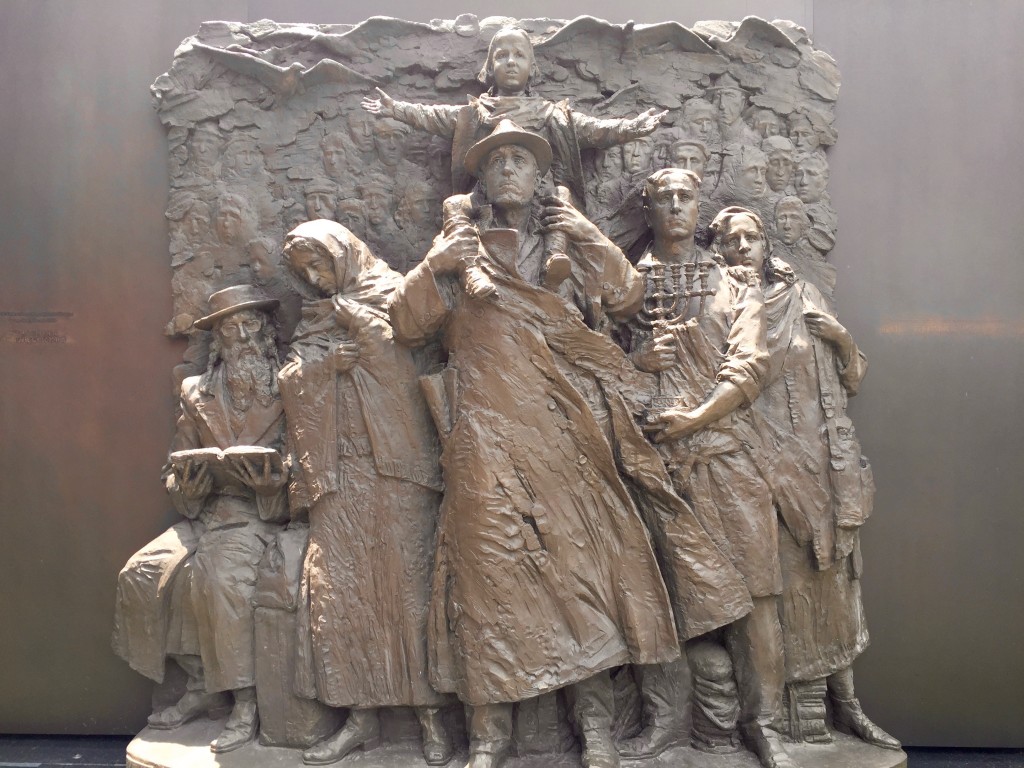 At the entrance to the Shanghai Jewish Refugees Museum

Before Nazi policy turned actively genocidal in the late 1930s, exile was seen as a perfectly acceptable solution to the “Jewish problem” and German and Austrian Jews, stripped of their citizenship rights, property, and employment, were encouraged to emigrate to any country that would have them. Unsurprisingly, no one wanted them — at the Évian Conference in 1938, the great powers collectively decided to shut their borders to all but a small selection of Jewish refugees. Only the Dominican Republic and Shanghai remained open to refugees, and about 20,000 European Jews found their way to the city in the late 1930s.

When the Second World War broke out in 1939, more European Jews had taken refuge in Shanghai than in any other city in the world.

But soon after Japan attacked Pearl Harbor in December 1941 and declared war on the allies, Japan invaded Shanghai, imposed restrictions on the Jews, and in 1943 officially established the Restricted Sector for Stateless Refugees, better known as the Shanghai Ghetto in Hongkou, forcing most Jews to live there. Then, by 1956, after the civil war in China had ended in the victory of the Communist Party, and almost all the Shanghai Jews had emigrated.

A lot of people suggested that we visit the Jewish Quarter, but there is not much left there, other than the Ohel Moshe Synagogue that was established in 1907 by Russian Jewish immigrants in Shanghai. It was confiscated by the government after the Communist takeover in 1949 and converted into a psychiatric hospital, and also used for office space. Then in 2004, the Ohel Moshe Synagogue was inscribed on the list of architectural heritage treasures of Shanghai, and in 2007 the synagogue was restored to its original architectural style based on the original drawings in the municipal archives and opened as part of the fascinating Shanghai Jewish Refugees Museum. 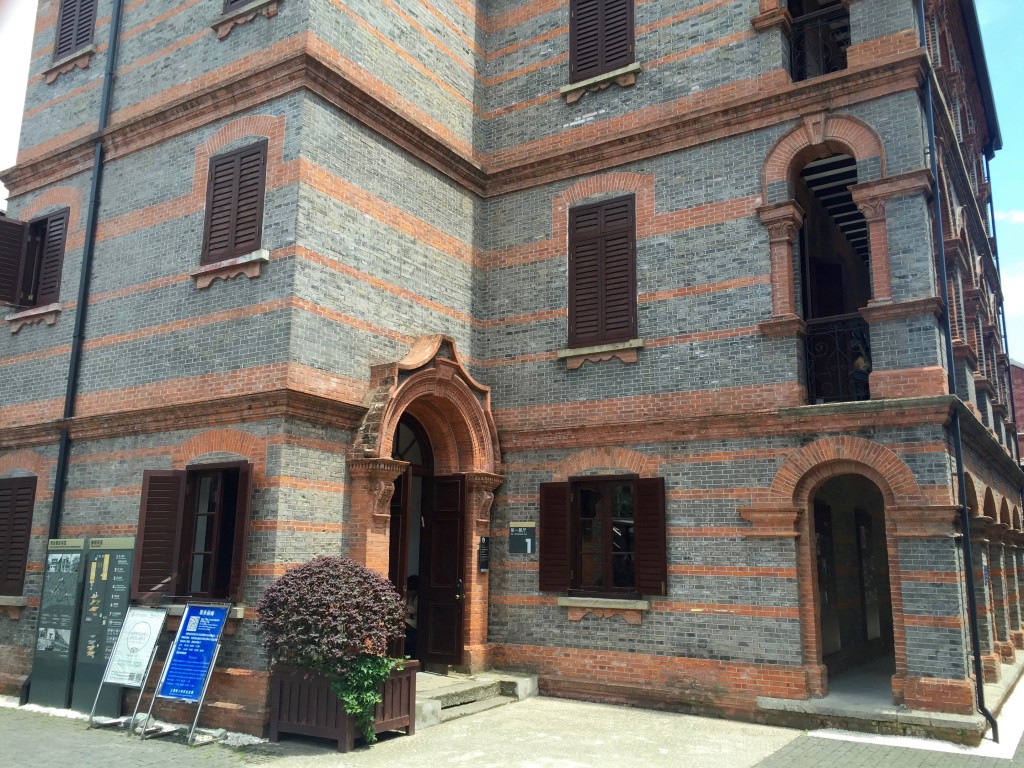 It was a pretty surreal experience to be in Communist China, and visiting a museum that documented how Shanghai was one of the few places in the world that would accept Jewish refugees.