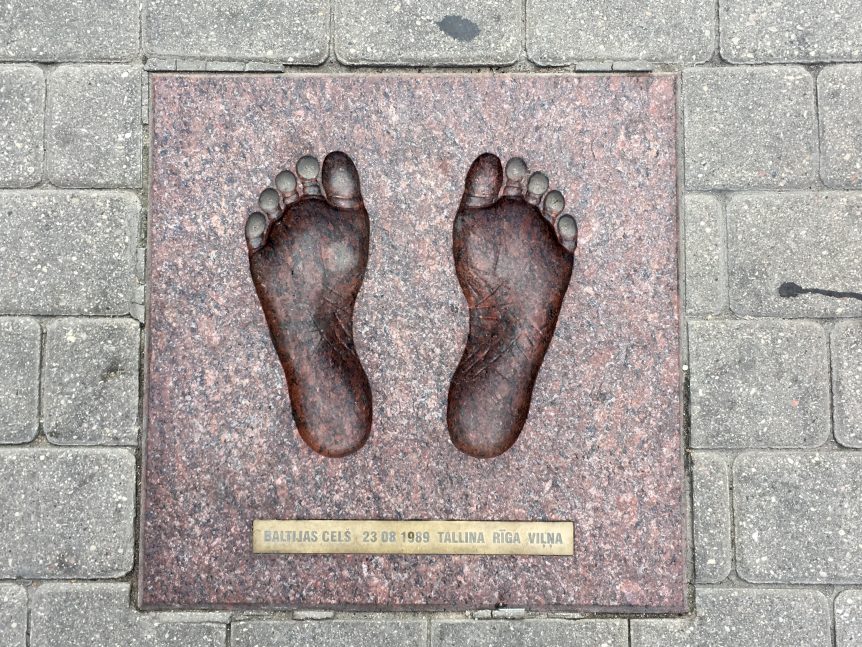 titleI have only a few memories of growing up during the cold war, and one of them is a scene from one of the cold war propaganda films I saw in primary school showing Estonia behind The Iron Curtain. Then, a few years ago I read The Dogs of Riga, a Swedish detective mystery by Henning Mankell, but all I remember was that Riga seemed like an interesting place. Since we were going to be in the neighborhood (Saint Petersburg), it seemed like a good time to go Riga, Latvia. Estonia was still a mystery to me, so we included that, and since we didn’t want the third Baltic State, Lithuania, to feel left out, and because Linda’s mother’s parents had come from there, we decided to make it a trifecta.

As we told people our plans, I joked I wanted to see those countries before Russia re-occupied them, but given the today’s geopolitics, it probably wasn’t much of a joke.

Going to the Baltic States turned out to be a great idea. We loved each of the cities that we visited.

So there we were in Tallinn, Estonia, a lovely city right on the Baltic. The first night as we were having dinner,we got into a conversation with two guys sitting at the next table who were born and raised and still lived in Tallinn. When they found out we were visiting from the US, they really got excited about  giving us all sorts of advice, especially what we should see and do in Tallinn. One thing they were passionate about was that if we wanted to understand Estonia we needed to keep the Singing Revolution in mind. Had we heard of it and the Baltic Chain? I had to admit I had a recollection stored somewhere in that dusty attic I wistfully call my brain, but for the life of me, I couldn’t find it. So they went on to tell us a fascinating story, one we found, as we traveled and talked to people, that is still front of mind for most people from the Baltic States.

Again we were reminded that the essence of a place is not found in its top ten lists of sights, but rather in the hearts and minds of the people who live there, and the place itself.

Estonia, Latvia, and Lithuania had all been part of the Russian Empire since the eighteenth century. But then in the aftermath of World War I and the Russian revolution and civil war, all three became independent again.

Then came WW II and in 1940 all three were occupied by the Soviet Union (as a result of the Molotov-Ribbentrop Pact, a treaty between the USSR and Germany that divided up Europe between them). Puppet governments were set up that voted to join the Soviet Union, and Lithuania, Latvia, and Estonia were incorporated into the Soviet Union on August 4, 5, and 6, respectively.

The pact with Germany didn’t last very long, and a year later, in 1941, all three were invaded by Nazi German. When the Germans were driven out in 1944, the three were again annexed by the Soviets and become Soviet Socialist Republics.

As the decades went by, all three Baltic countries found ways to maintain their cultural identity, which was being marginalized as the Soviet government encouraged Russian emigration to the Baltics.

Which brings us back to Estonia. Estonians have long held a tradition of singing. Beginning in 1869, Estonians have held a song festival every five years called the Laulupidu during which thousands of Estonians gather to sing together, and at the end of the twentieth century, singing became their vehicle for maintaining their national identity and the theme of the revolution that set them free.

It all more or less started in the summer of 1987, when mass protests by the Estonian people began against the aggressive Russification of their country. On May 14, 1988, during the Tartu Pop Music Festival, five forbidden patriotic songs were performed, and during the pleasant June evenings of that year over 10,000 people nightly packed the Lauluvljak (The Tallinn Song Festival Grounds), where they continued to sing patriotic and national songs forbidden by the Soviet regime. 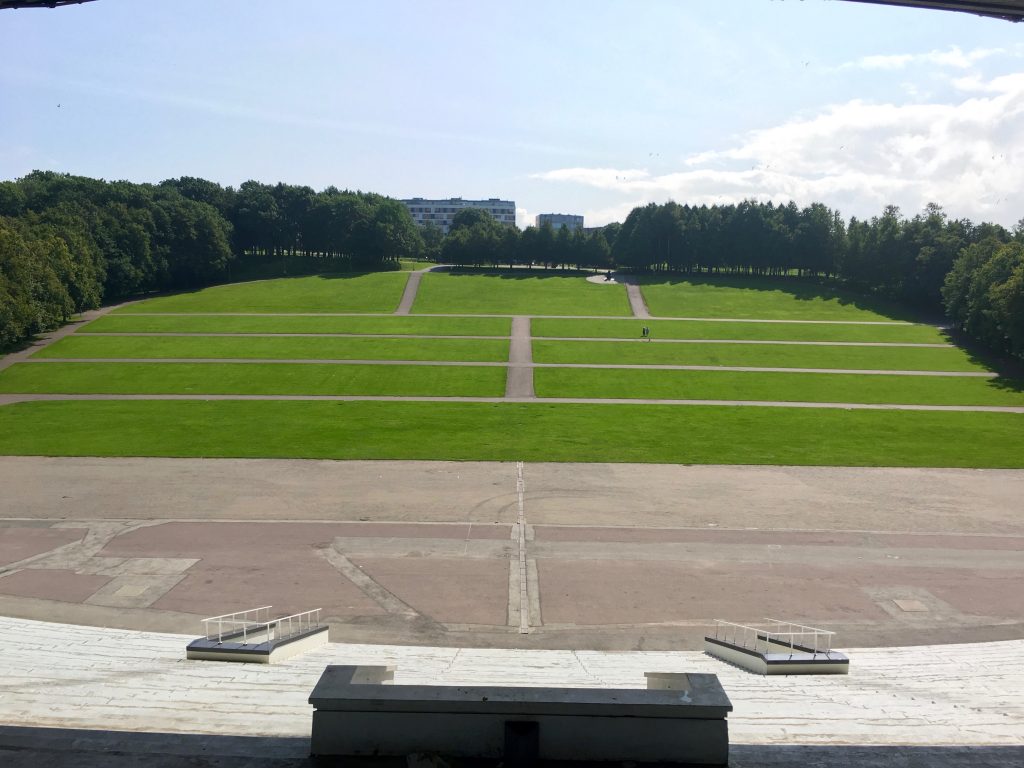 These gatherings ignited a renewed wave of passion for their national identity and helped unite the Estonian people. This was the start of the Singing Revolution, the events between 1987 and 1991, that led to the restoration of the independence of Estonia, Latvia, and Lithuania. Then on September 11, 1988, 300,000 Estonians, more than a quarter of the population, came together at the Lauluvaljak to continue their protest and to hear Trivimi Velliste (one of the leading forces behind the liberation of the Baltic States) make the first public demand for independence. On November 16, 1988, the legislative body of Estonia issued the Estonian Sovereignty Declaration.

The Singing Revolution lasted over four years, with various protests and acts of defiance.

The times were ripe for revolution. Similar calls for freedom were being made by Estonia’s Baltic neighbors, Lithuania and Latvia. In Berlin, students were calling for the fall of the Berlin Wall, and in Poland, the Solidarity movement was re-emerging from the underground.

Then on August 23, 1989, approximately two million people joined their hands to form a human chain spanning 675.5 kilometers (419.7 miles) across the three Baltic states – Estonia, Latvia, and Lithuania — from Tallinn, Estonia in the north, through Riga, Latvia, to Vilnius, Lithuania in the south. 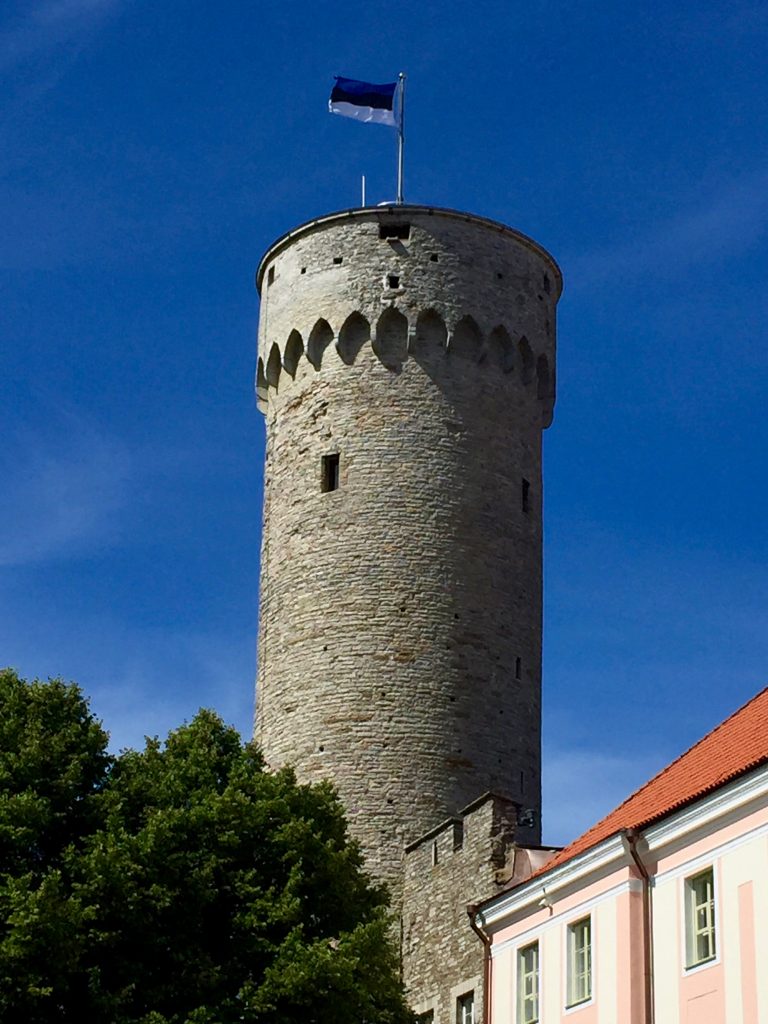 One end at Tall Hermann’s Tower in Tallinn 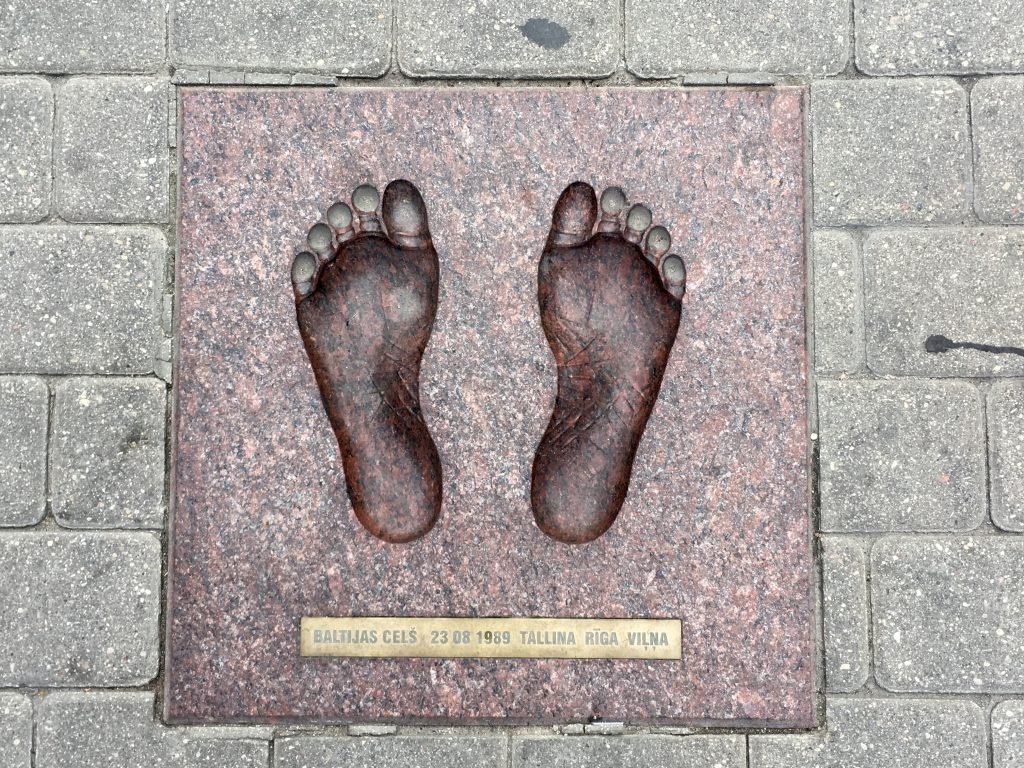 The middle in Riga 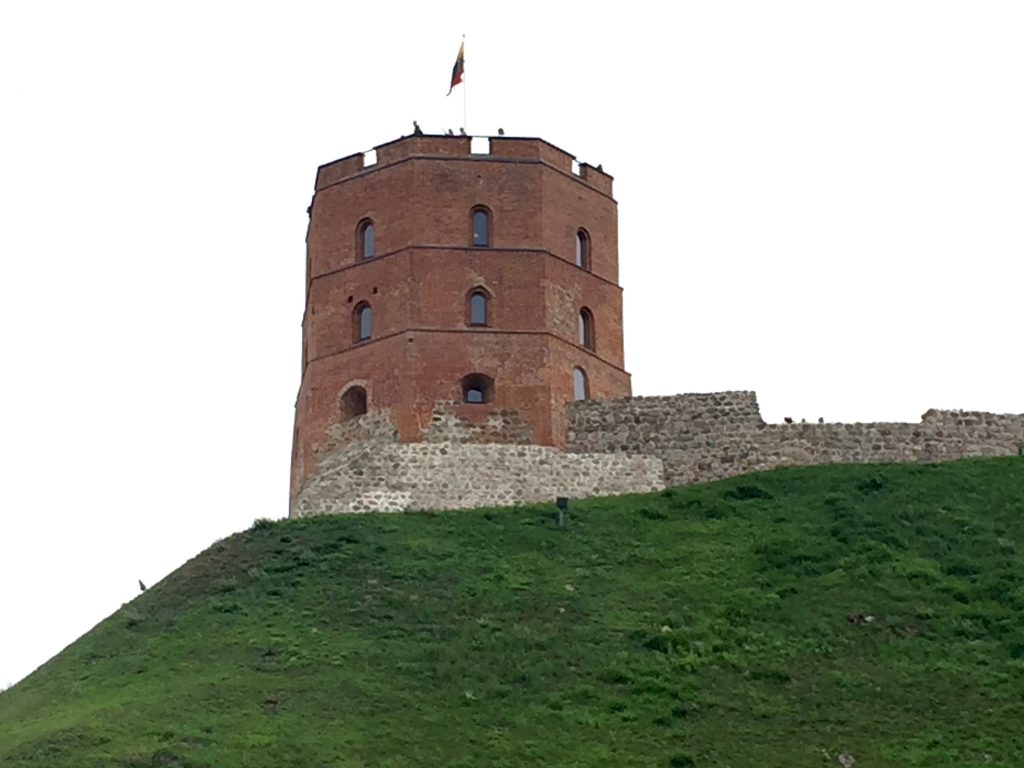 One end at Gediminas Tower in Vilnius

It was known as The Baltic Way or Baltic Chain and had been timed to mark the 50th anniversary of the Molotov-Ribbentrop Pact, in which Hitler and Stalin had seen fit to divide up Europe between them. It called out the issue of the illegal Soviet occupation and positioned the question of Baltic independence not as a political matter, but as a moral issue. Activists held signs that declared “Freedom for the Baltics,” and carried badges to show the unity of the three states in the struggle for independence from the Soviet Union.

Can you imagine that? Two million people, in one day, across 419.7 miles holding hands! It still amazes me when I think about it.

Then on March 11, 1990, a year before the formal dissolution of the Soviet Union, Lithuania became the first Soviet republic to declare itself independent. In the aftermath of the failed Communist hardliners’ coup, amidst mass pro-democracy demonstrations in Moscow led by Boris Yeltsin, Estonia declared independence on August 20, 1991, and the next morning when Soviet troops attempted to storm theTallinn TV Tower people acted as human shields to protect radio and TV stations from the Soviet tanks. Estonia had become independent again with no bloodshed. A day later, on August 21, Latvia declared independence as well.

As we traveled through the three Baltic countries we found they were  very much alike, and surprisingly very different at the same time. Latvians are historically predominantly Protestant Lutheran, Lithuanians Roman Catholic, and Estonians pride themselves on being one of the least religious countries in the world. Latvians and Lithuanians speak Ido-European languages (an important factor in understanding their cultural routes) and are the only two surviving Baltic languages, while Estonian belongs to the Finnic branch of the Uralic language family.

But there is nothing like a shared intense experience to forge a bond between peoples, and we found the people of the Baltic States tend to think of themselves as a family with an accompanying good-natured rivalry between the members (they still good-naturedly argue whether the Baltic Chain stated in Tallinn or Vilnious) — the people in each country thinking of their neighbors as those weird cousins everyone seems to have.