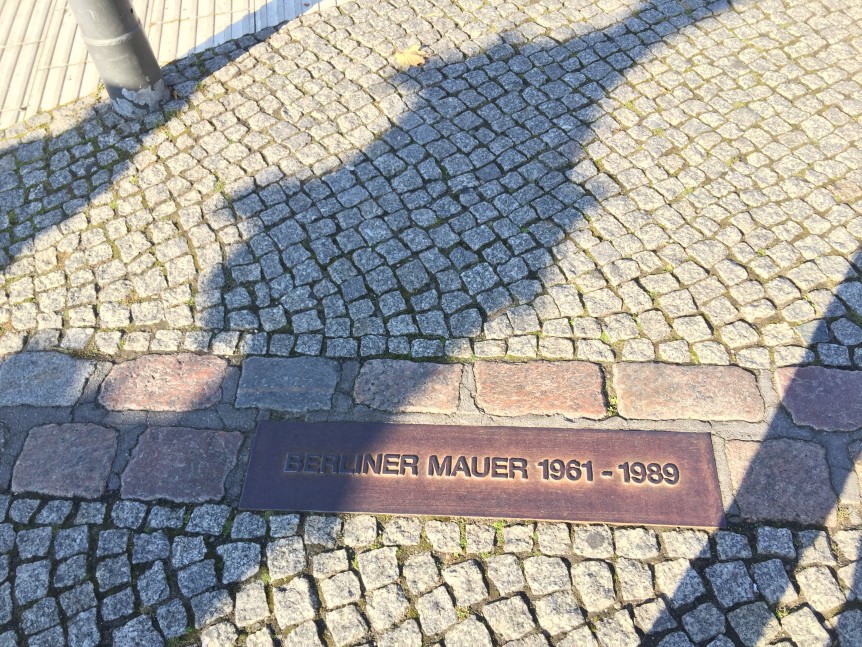 And then of course, there is the Berlin Wall.

I found it interesting that unlike WW II and the Holocaust, memories of the Berlin Wall and the brutality of the East German regime seems to have faded, except as tourist attractions. One of the main ones is Checkpoint Charlie, the famous gateway to East Berlin from West Berlin. We found a small guardhouse with a couple of actors dressed up in generic military uniforms. For a fee you can get your picture taken with one of them, and then get your passport stamped (for a fee as well). Besides the “soldiers” not being soldiers, and the fee for the photo and stamp, what bothered our guide, and us, was that this little guardhouse was not even close to what Checkpoint Charlie was like. The whole area is pretty cheesy, and surprisingly (or not) filled with tourists.

But there are a few remnants of the wall remaining, like the fragment at the Typography of Terror, and the Berlin Wall Memorial — sans wall, with a marker showing where the wall once stood. 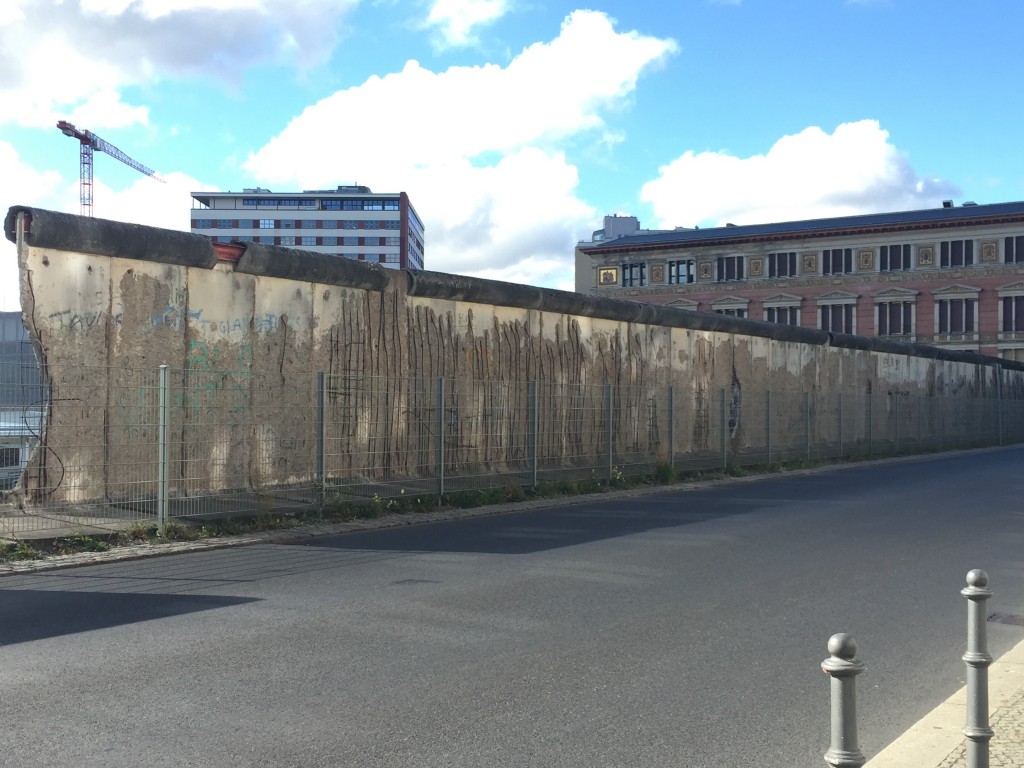 The Berlin Wall at the Typography of Terror

But like the Stolpersteine, the wall is also, at least partially, built into the city. While the course of the over forty kilometer-long wall is no longer marked “continuously”, double rows of cobblestones mark the course of the wall over 5.7 kilometers in the center of Berlin. At certain intervals, there are metal plaques in the ground bearing the inscription: “Berliner Mauer 1961–1989” (Berlin Wall 1961–1989). The wall was (almost) everywhere a double wall — the Grenzmauer or border wall abutting West Berlin and the Hinterlandmauer, the wall facing East Berlin — and the current double rows of cobblestones is symbolic of that. But even the rows of cobblestones is not without gaps — built over or simply reclaimed by nature. 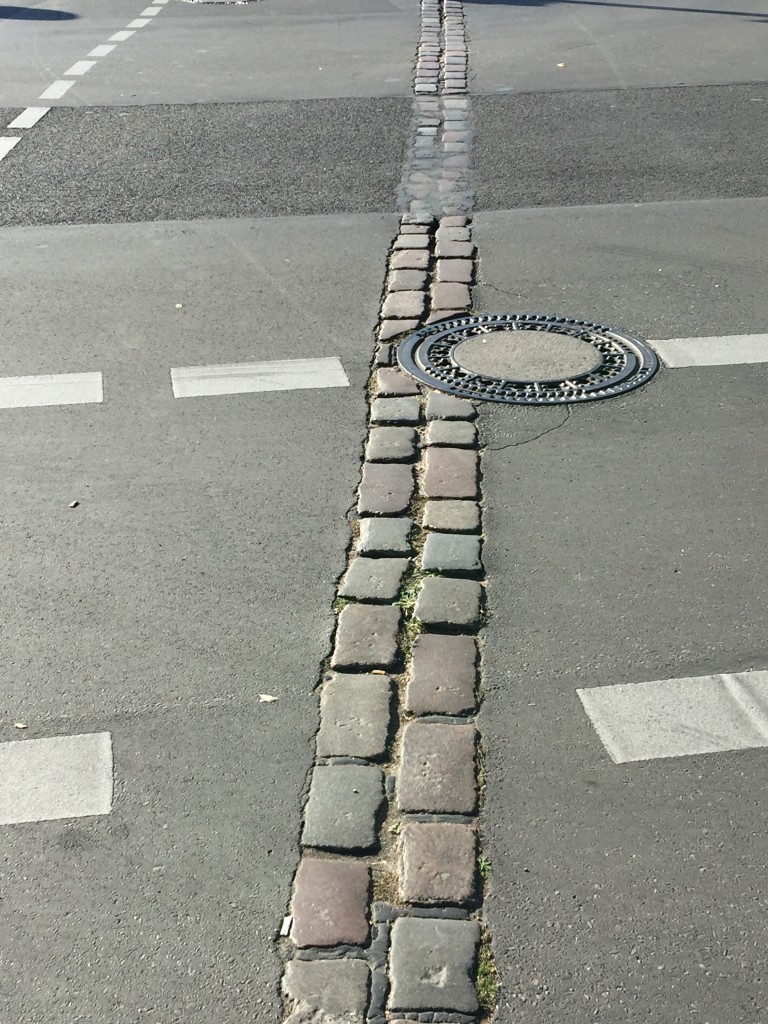 A double rows of cobblestones marking the wall

One of the other tourist attractions we found was a DDR interactive museum. This interactive museum does an entertaining job of giving you a peek into East Germany. You can see how kids were put through collective potty training, engineers earned little more than farmers, and play the voyeur observing nudist holidays. And to complete the picture, you can take a simulated ride in a Trabi. The Trabant was the most common vehicle in East Germany. With its outdated and inefficient two-stroke engine that featured poor fuel economy in addition to its low power output and thick, smoky exhaust, it was regarded with derisive affection as a symbol of the former East Germany. The more sinister sides of daily life are also addressed, including the chronic supply shortages and surveillance by the Stasi (secret police).

While the DDR Museum seems to get good reviews on the Internet, probably because it more entertains than informs, I found it rather disconcerting given that the East German regime was one of the most brutal of the Soviet occupations.

Finally, the East Side Gallery is a 1.3 km long section of the Berlin Wall located near the center of Berlin. It was an inner wall, with the actual border at this point being the River Spree. It started as an international memorial for freedom, and I’ll talk more about it in another post.