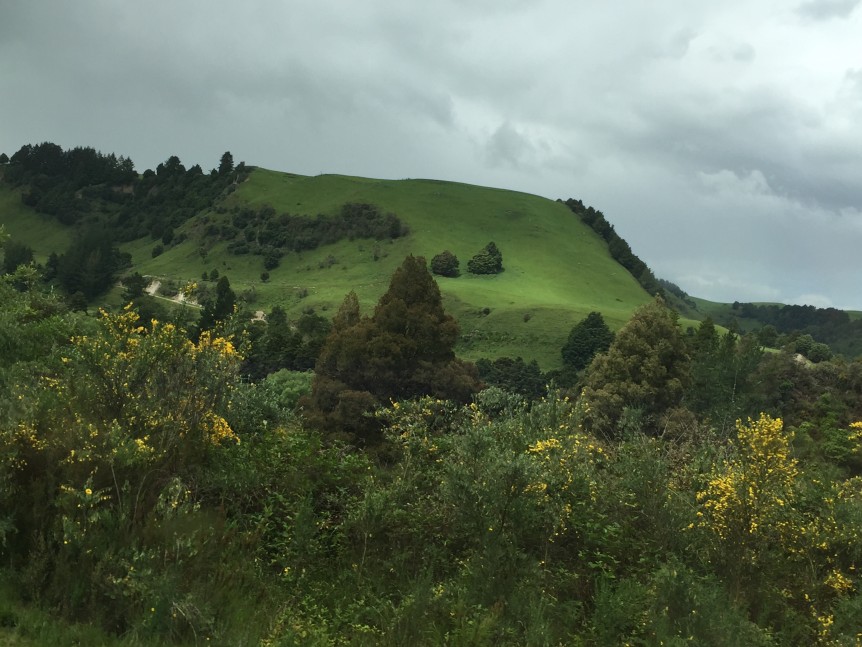 When Linda and I first met, I was living in California, and she was living in Minneapolis, and I moved to Minneapolis to be with her. When we decided to get married our plan was to start our new life together by taking a trip around the world, starting in New Zealand and then ending up back in California, where we would look for jobs. But I got this great job offer in California that included moving us there, and New Zealand became a we’ll-do-this-in-the-future adventure. And while we have traveled to a number of places since then, New Zealand was not one of them.

When we started our multi-year trip around the world, New Zealand was on the first year list. The only wrinkle was that because of the way we had planned our trip, we would only have 24 days there. We wanted to be in Berlin for the Festival of Lights in early October, and then onto Peru and Machu Picchu. On the other side, we wanted to start our trip throughout Southeast Asia around the first of December to be there as long as we could before it got too hot.

We had gotten conflicting advice from people who had been to New Zealand. Some people said 24 days was more than enough time;  others said it wasn’t nearly enough. That 24-days-is-not-really-enough group turned out to be right and even though our plan was to always move forward and not return to places we had already visited, we decided we had to go back to New Zealand to see all the places we had missed, and we’d figure out just when sometime over the next few years.

Being city people, our initial thought was to spend time in Auckland. But as we talked to even more people we realized that was not what New Zealand was about. So it was off to experience the natural wonders of the South Island first, and then if we had time, travel the North Island before we headed off to Cambodia.

So road trip it was.

I love trains, and the New Zealand Rail Northern Explorer trip appealed to me. The website promised “The journey through Tongariro National Park, with its three spectacular volcanic mountains – Tongariro, Ngāuruhoe and Ruapehu – is a highlight, a place of extremes and surprises, where snow-blanketed fields, ancient lava flows and dense beech forests can be seen side by side.”

While it seemed a good idea, in practice it didn’t quite work out to be the glorious journey we had expected.

The first few hours of the train trip were very scenic indeed. Imagine steep hills (the hills in New Zealand are not like the hills you are used to; they are high and dramatic — more like baby mountains), green grass, greener trees scattered on the hills with copses of dark green evergreens. Liberally season with sheep and cows and you have a feast for the eyes and food for the soul. 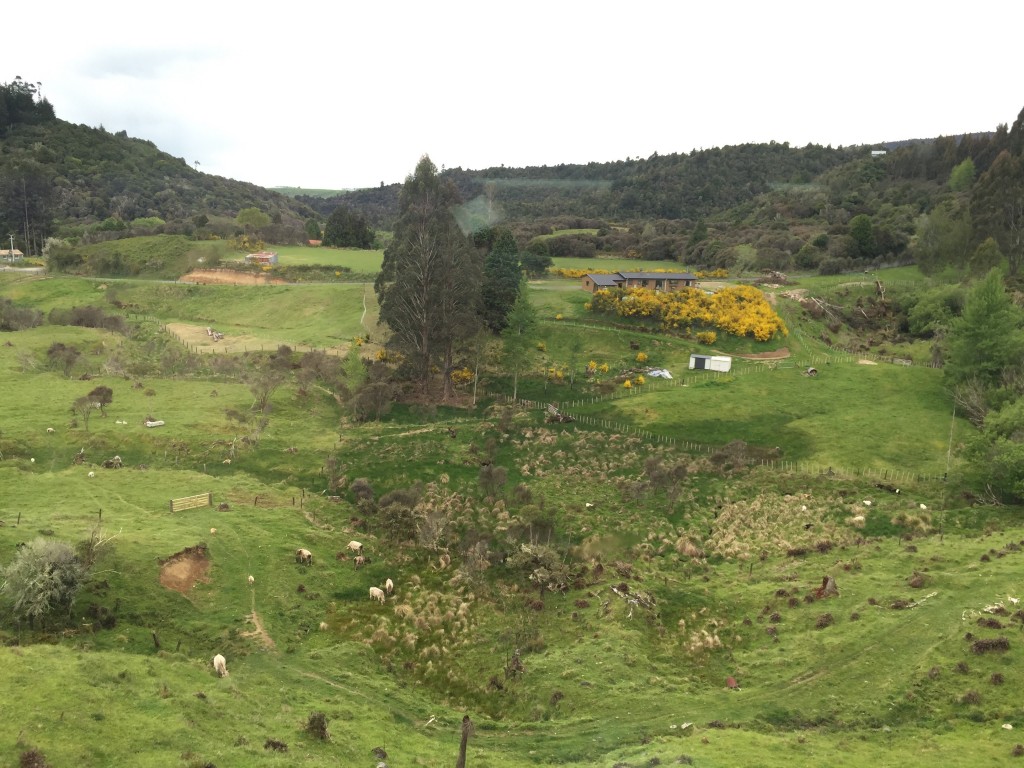 But after a while the trip got old. The train was very late, partially because it was late and partially because they forgot some luggage at a stop and had to wait to have it driven down. A long 11-hour train trip turned into an even longer 13-hour one. And what didn’t help was a toddler and a baby that took turns screaming for most of the trip. 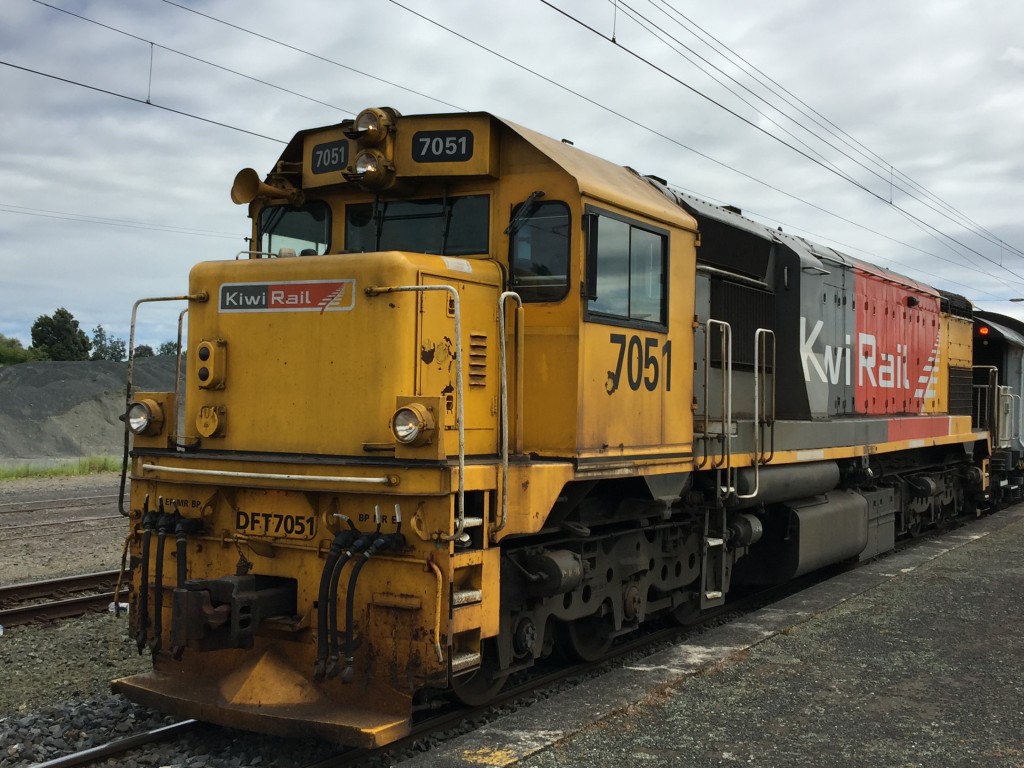 Our intrepid train waiting for luggage

While we’re glad we did it, we would never do it again.

Wellington was beautiful, and it seemed as if it would be interesting, so we decided to spend a couple of days there before we started our South Island road trip. 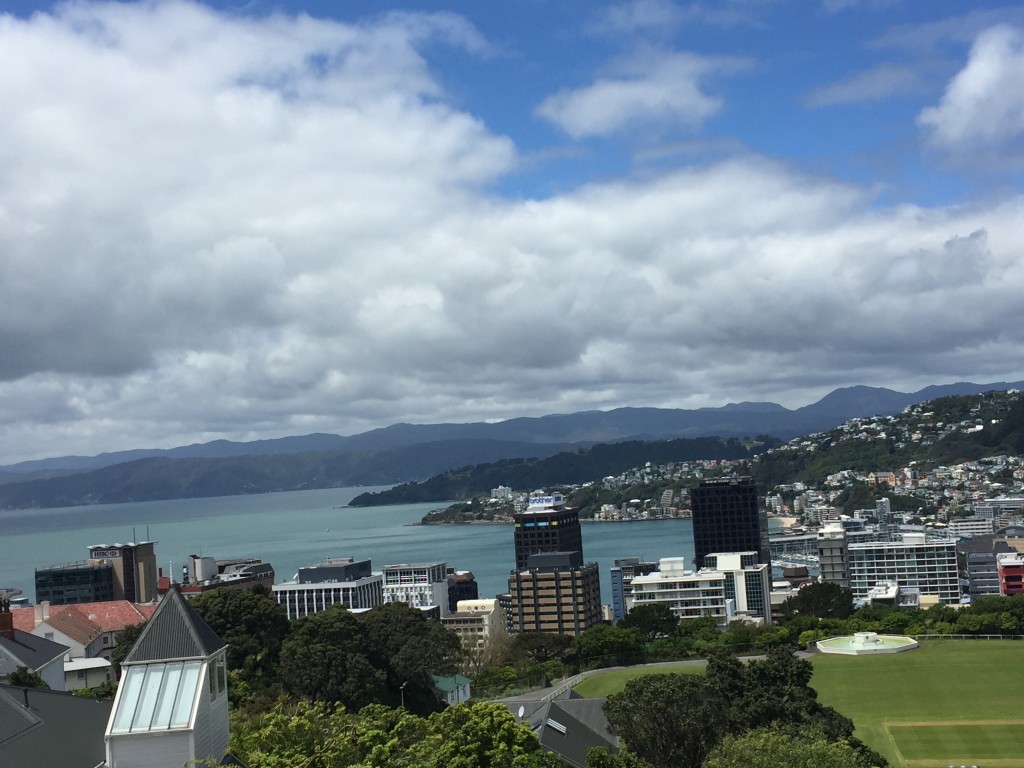 The view from the top of the Botanical Garden

What we learned is that the Kiwis call it “Windy Wellington” for a good reason, and in new Zealand you can often experience “five seasons” in one day. We did get to do a few outdoor things in Wellington, but most of the time we were freezing because of the wind. 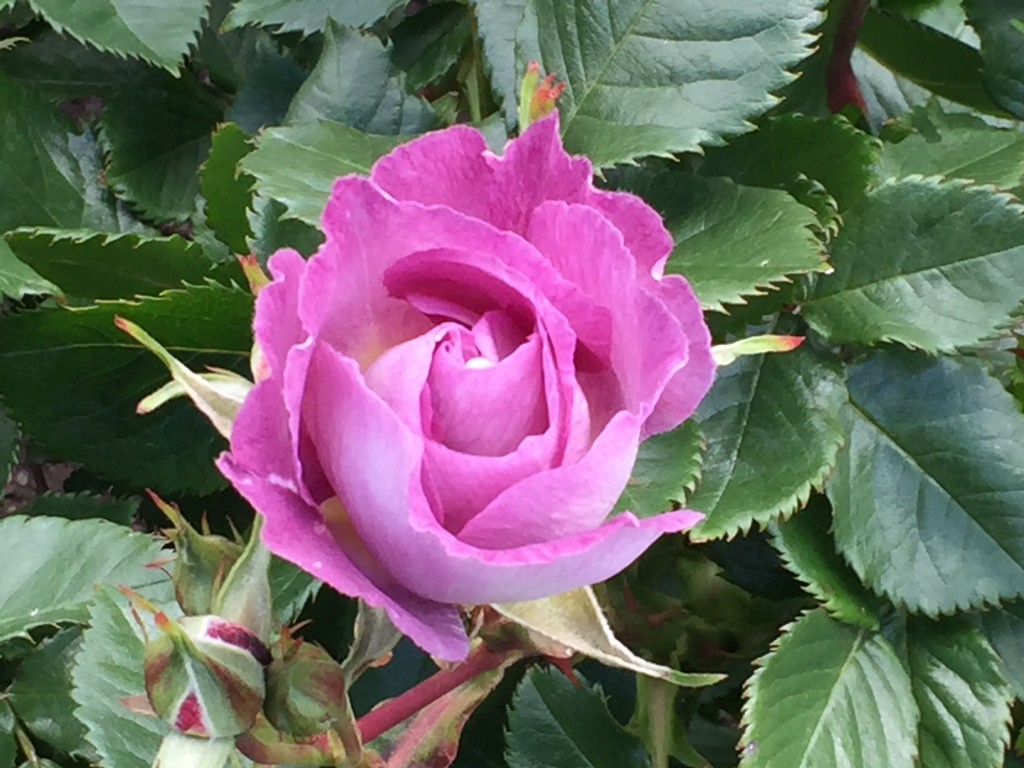 At the Botanical Garden

One of the things we did do inside though, was visit the Te Papa Tongarewa Museum. I was fascinated by how New Zealand was formed, its earthquakes, and its geothermal activity.

And by fascinated, I mean fascinated! I was never much interested in geology, except during for a two-week trip white water rafting the Grand Canyon with some very good amateur geologist guides, But during our visit to the Te Papa Tongarewa Museum, I became a minor dramatic-geological-events geek.

Hundreds of millions of years ago a super-continent in the southern hemisphere, Gondwanaland, included South America, Africa, Australia, India, and Antarctica as well as New Zealand. After a while, a long while (110-120 million years ago), tectonic plate movements (aka earthquakes) caused the continents to break away from one another and move to their present positions.

After that, it was pretty quiet for a while, and then 5 million years ago there was more tectonic and widespread volcanic activity that formed New Zealand’s spectacular scenery — and this cycle of geological events is still continuing. There are earthquakes, volcanoes, and thermal activity — all part of life on a land that straddles the boundary between the Australian and Pacific tectonic plates and part of the geologically active Pacific Ring of Fire. In New Zealand there are about 20,000 earthquakes each year, most of them minor, with about 200 of them strong enough to be felt, with one causing major devastation every few years. And then there are the volcanos, with Mount Tarawera in 1886 the most destructive eruption of recent times.

Sounds even more exciting than a Disney theme park ride, and you might wonder why anyone in their right mind would want to visit a place like that, much less live there. Then again we lived in the San Francisco Bay Area and were no strangers to earthquakes, and there are two active volcanoes on the West Coast that erupted during the 20th century — Mount St. Helens northeast of Portland, Oregon in Washington on May 18, 1980, and Mt. Lassen 50 miles east of Redding on Memorial Day, May 30, 1914.

Wellington itself sits on top of one of the zone’s most active geological faults — the Wellington Fault — and not only that, the Te Papa Museum is built on reclaimed land — one of the worse places to be in an earthquake.

But New Zealand’s geological story is not just about earthquakes. It is about geothermal activity as well — geysers, fumaroles, mud pots, hot springs, and terraces. These are structurally the same — an underground magma chamber, hot water/steam, trapped gasses under a thin crust of the earth, with channels acting as plumbing to connect the chamber to the surface.

All these features have a lifetime, ranging from a few days to hundreds of years and different regions of the world have been geothermally active at different times. Since we were here, we decided we better see them in New Zealand before they moved someplace else, inspiring us on our trip to the North Island, which will have a post on its own.

After a few cold and windy days in Wellington we took the InterIslander Ferry from Wellington to Picton and rented a car to start our road trip — which ended up to be much more spectacular than we had hoped. 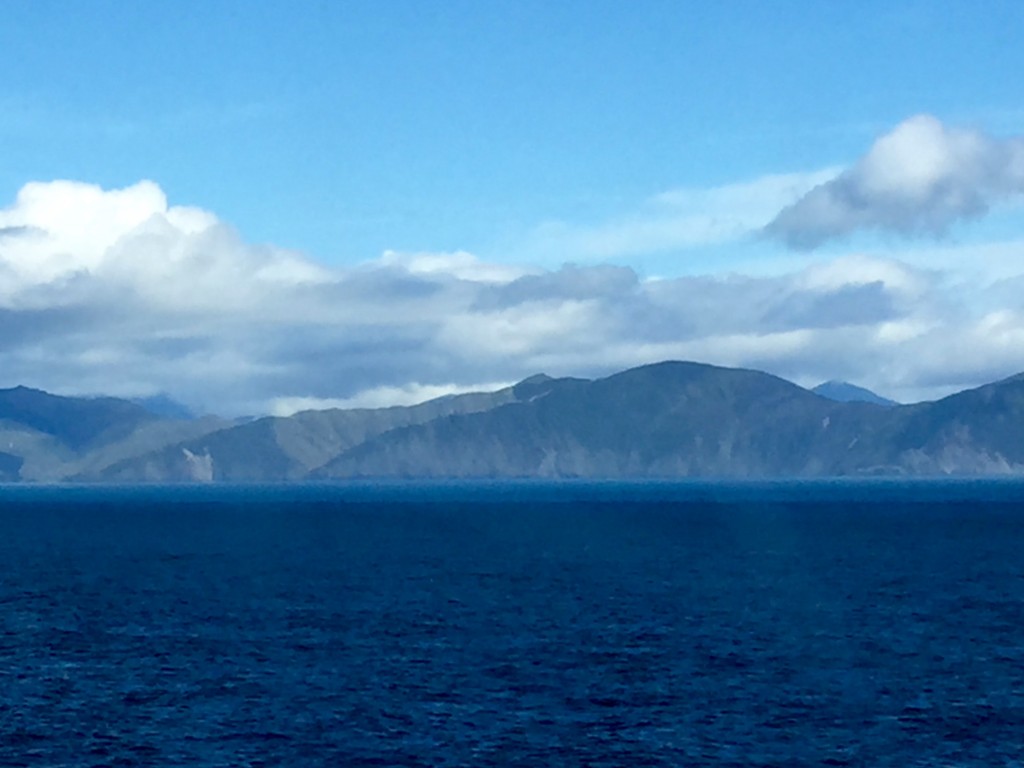 Quite a pleasant ferry ride