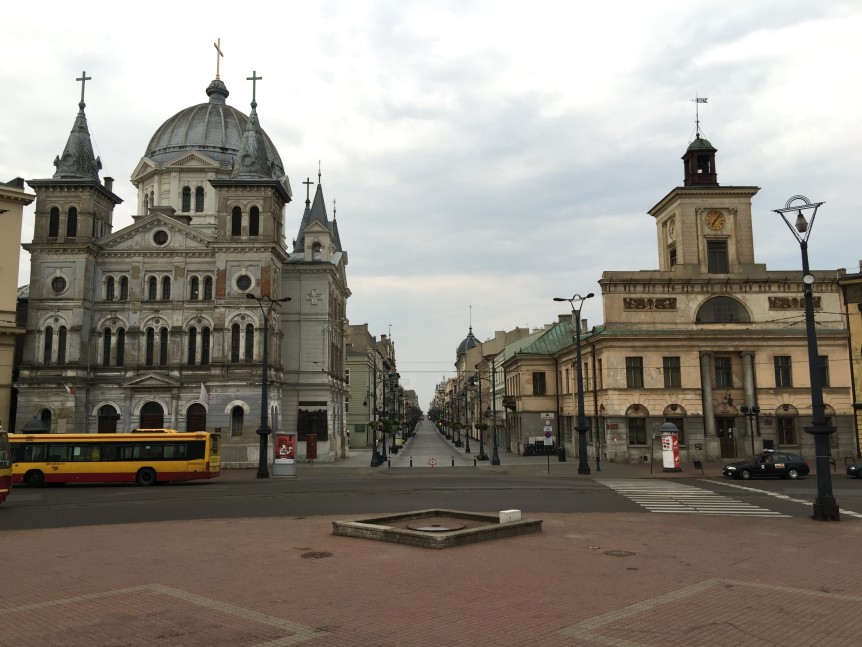 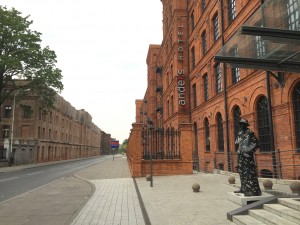 Our hotel on the right, on the left buildings still awaiting restoration

While we came to Łódź to see the art, there are a lot of other things there – we got to Piotrkowska Street, Off Piotrkowska, Manufaktura (where our very cool hotel was — in a renovated factory), and the the Museum of Cinematography. You can find out about those places and others, and about the history and revitalization of Łódź itself, on the Internet.

But what we realized in Łódź is that in contemporary Poland you can’t escape World War II and the Holocaust. (Interestingly enough, that was not true about the Communist years and we heard about that only occasionally.) 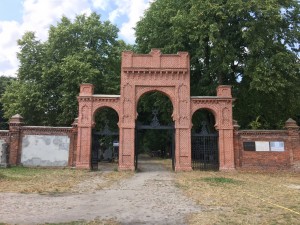 Entrance to the cemetery

There was one place we visited in Łódź that helped us get closer to understanding the real impact of the Holocaust on an individual level — the New Łódź Jewish Cemetery, the largest Jewish Cemetery in Europe. We had found in Warsaw that non-Jewish taxi drivers pointed out where significant events occurred, and the same was true in Łódź (although interestingly enough while our taxi driver pointed out Holocaust relevant sights to us as he drove, and knew where the cemetery was, he really didn’t know where the entrance to the cemetery itself was).

I usually don’t have much interest in exploring cemeteries, but I found this one was different. 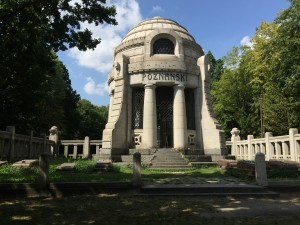 In one part of the cemetery we saw the mausoleums of the rich and famous — an indication of the role Jews played in pre war Łódź. The mausoleum of Izrael and Eleonora Hertz Poznański, for example, (he was a late 19 century businessman and philanthropist), has been described by Zbigniew Wojalski as “probably the largest Jewish grave monument in the world in his book, The Jewish Cemetery in Lodz.

While that was interesting, and a little bit insightful, we were not prepared for the emotional impact the walk in the Ghetto Field area of the cemetery would have on us.

During German occupation in 1939, the cemetery became part of the eastern section of the enclosed ghetto where an estimated 200,000 Jews were incarcerated. Between 1940 and 1944, according to the Jewish community archives, an estimated 45,000 victims were buried in the spare part of the cemetery that became known as the Pole Gettowe or Ghetto Field. Stone grave markers were forbidden so burial sites were marked by metal bed frames or low cement posts. 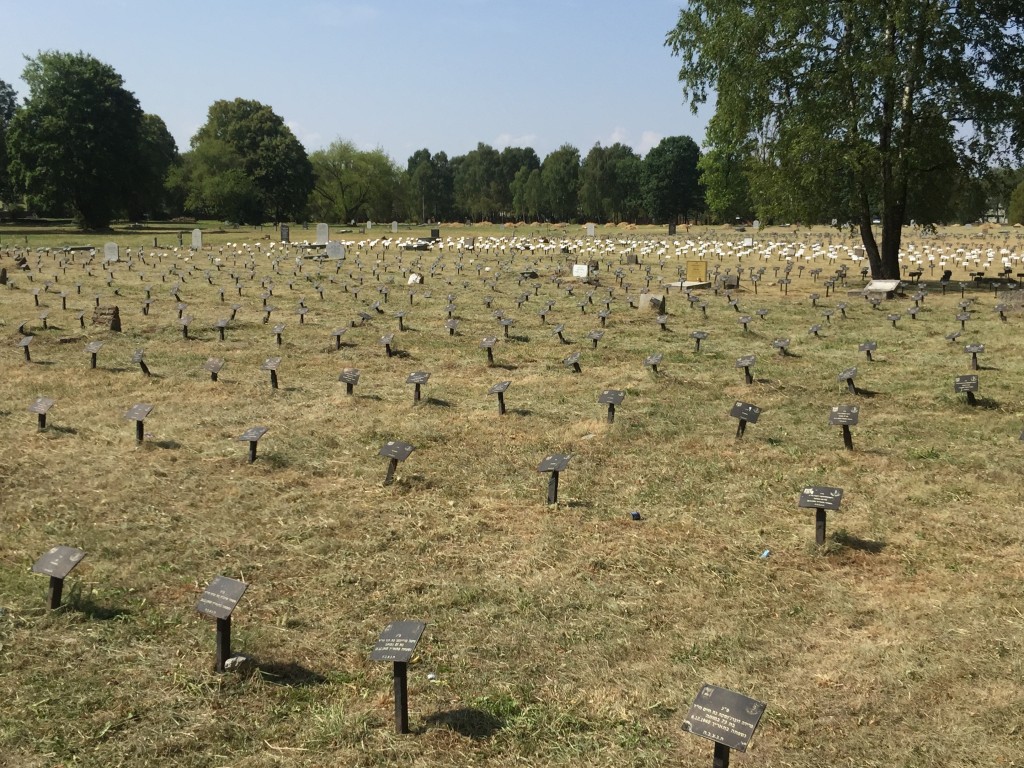 As we stood at the entrance to the Ghetto Field, both pictures and words failed us. The enormity of it all — not only the size, but what was there — we couldn’t hope to capture in photographs, nor, with my limited skills (after trying for days), in words.

We left the cemetery sobered by the experience and it was a fitting introduction to one of the reasons we came to Poland to start with — a visit to Auschwitz.