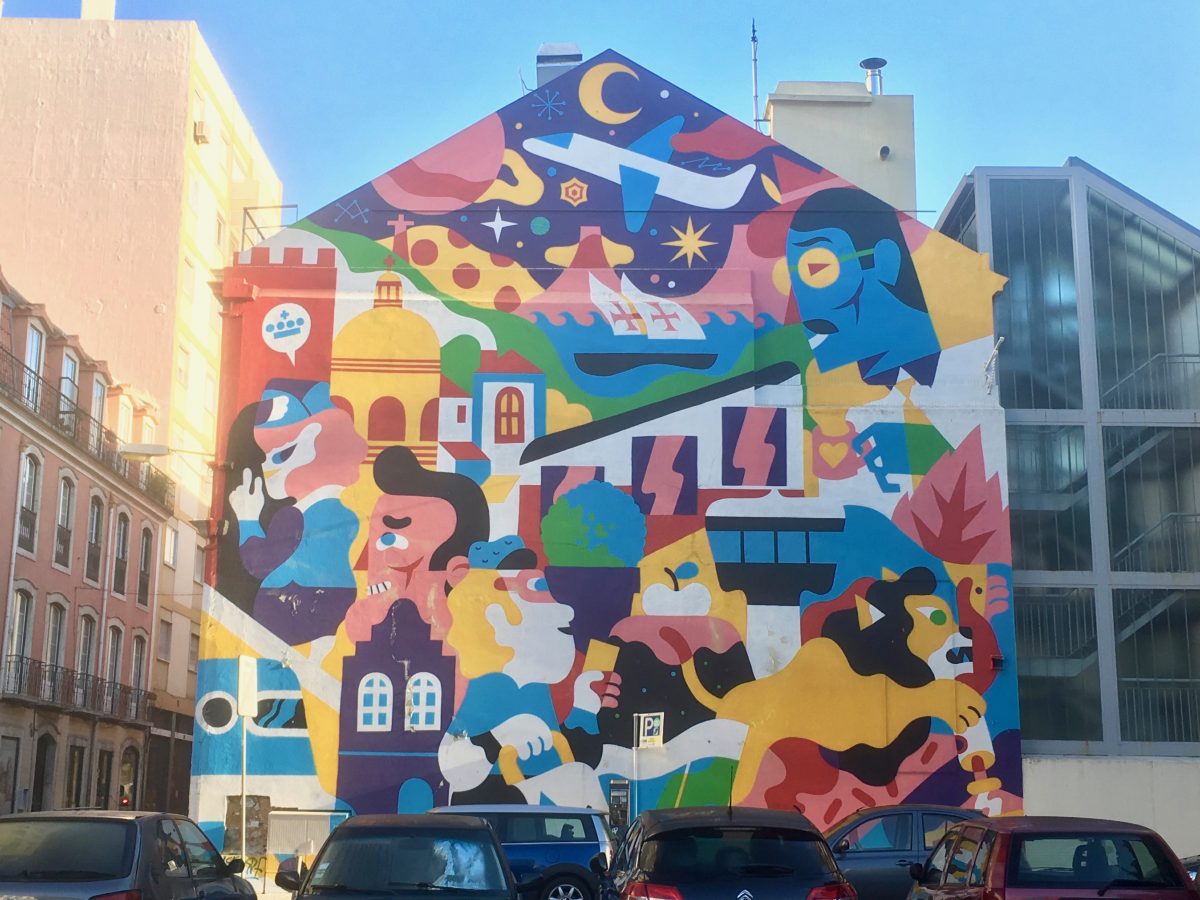 Joseph Campbell, the mythologist, introduced us to the idea that most myths share a common pattern — the hero’s journey — a hero who goes on an adventure, and in a decisive crisis wins a victory that transforms him or her.

As we traveled we found another common pattern, this time not in a story, but in history —  a frequent enough story about the rise and fall of great empires, often illustrating the truth revealed at the end of T. S. Elliott’s Hollow Men ,“This is the way the world ends. Not with a bang but a whimper.” Why this happens has fascinated historians like Edward Gibbon in his The History of the Decline and Fall of the Roman Empire. For us as travelers though, the “why” is relatively unimportant. What makes these great empires and their declines fascinating to us is how a dead empire affects the present, creating a captivating context for understanding the story of a place we are visiting.

In the 15th and 16th centuries, Portugal was a world power during Europe’s “Age of Discovery” (now often referred to as the “Age of Exploration” — the lands they “discovered” had, after all, been discovered earlier since there were already people living there) with possessions in South America, Africa, Asia, and Oceania. Over the next two centuries Portugal gradually slid into decline, and after a bit more drama, we found modern Portugal: a bit player on today’s world stage.

While much of its decline had to do with the decline of its military, a major contributor to it captured our imagination —  the 1755 earthquake that destroyed much of the capital city of Lisbon.

We felt at home in modern Lisbon — it is like San Francisco with its hills, its bridge (like the Golden Gate), good food and wine, cable-car-like trams, friendly people living in neighborhoods (at least it was like that when I first moved to San Francisco in the late 60s), 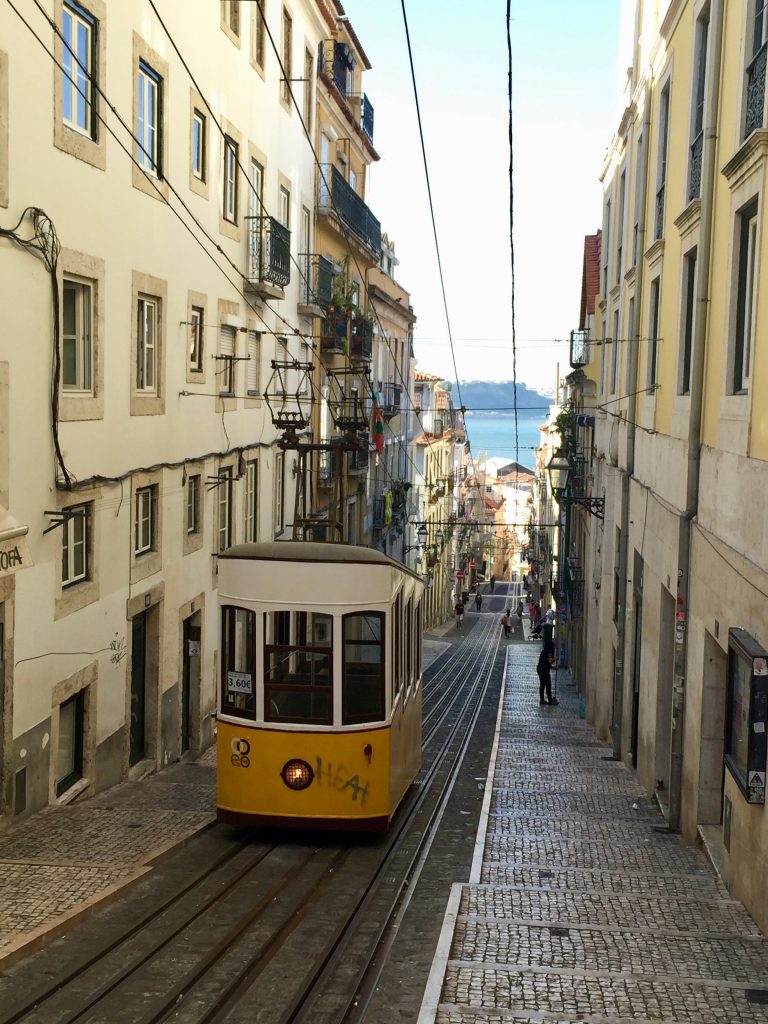 Reminds me of San Francisco 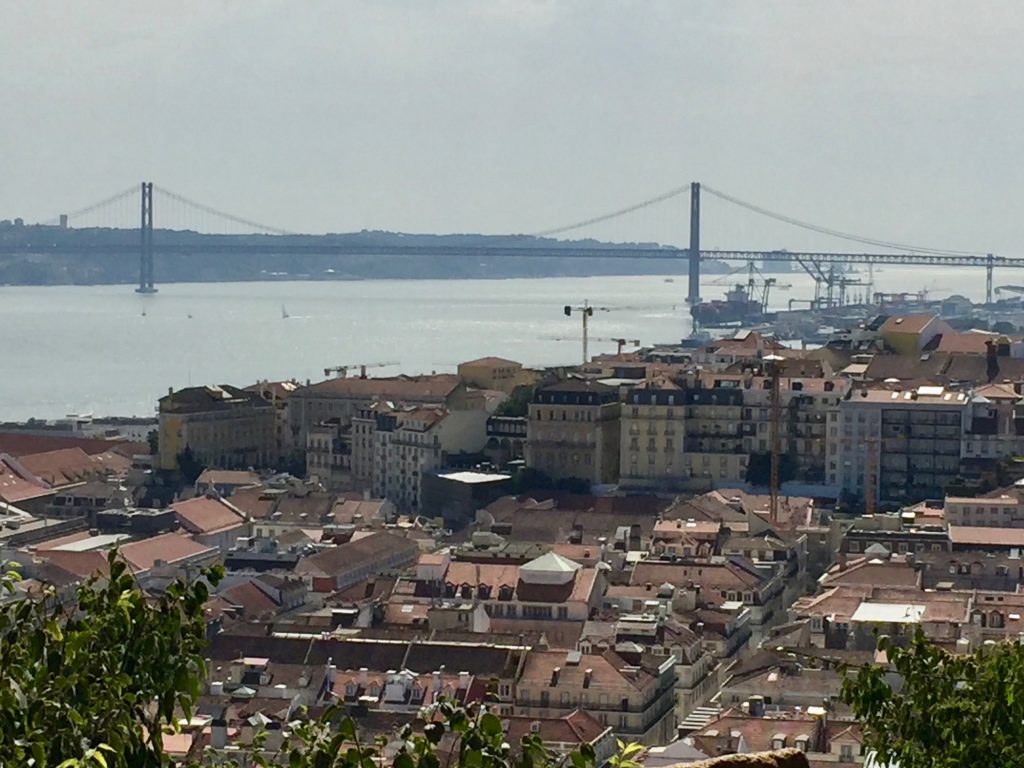 A rather familiar looking bridge

… and most strikingly, earthquakes. On November 1, 1755, the Catholic holy feast day of All Saints, an estimated 8.5–9.0 massive earthquake struck Lisbon at 9:20 AM, lasting for three and a half minutes (a very very long time for an earthquake, and an eternity if you’re in it) creating 2 meter wide cracks in the streets. What made it even worse was that churches and homes were decorated with flowers and flammable decorations and lighted candles to celebrate the holy day. As the churches and homes trembled, the candles tumbled and ignited the flowers, decorations, and anything else handy — and what the earthquake didn’t destroy, the subsequent fires did.  People fled for the relative safety of the open lands along the river and watched as the water receded, only to have a tsunami engulf the harbor and downtown area forty minutes later, followed by two more waves — and what the collapsing buildings and fires didn’t kill or destroy, the tsunamis did.

By the end of the week, up to 90,000 people out of a population of 275,000 were dead, and over 90% of the buildings had either collapsed, were destroyed by the fires, or were flooded by the tsunamis. The devastation on a holy day, along with the fact that the poor district of Alfama where the Jews, Muslims, prostitutes, and other “undesirables” lived was the least affected area (it was, and still is, built on a large rock hill that shook less and was high enough to avoid the tsunami), caused many Portuguese to question their religious beliefs, and even though it happened more than 260 years ago, it still is in the minds of Lisboetas, and its legacy has made a significant contribution to the future history of the city.

The Royal Family, on the other hand, escaped unharmed. During the earthquake they were in Cascais, north of Lisbon, on the sea. One of the daughters had wanted to spend the day at the seaside, so King Joseph I and the court had attended mass at sunrise, and then left the city. But the earthquake so traumatized the king that he refused to live in walled buildings, and the entire royal court was transferred to a giant tented complex outside of Lisbon where it, and he, remained until his death.

Fortunately, unlike the king, the prime minister Sebastião de Melo — who would become the Marquis of Pombal — proved to be an adept leader. When asked what to do immediately after the quake, Pombal replied: “Bury the dead and heal the living.” He overruled the church and prevented an epidemic of diseases by loading the dead onto damaged ships and taking the bodies out to sea. 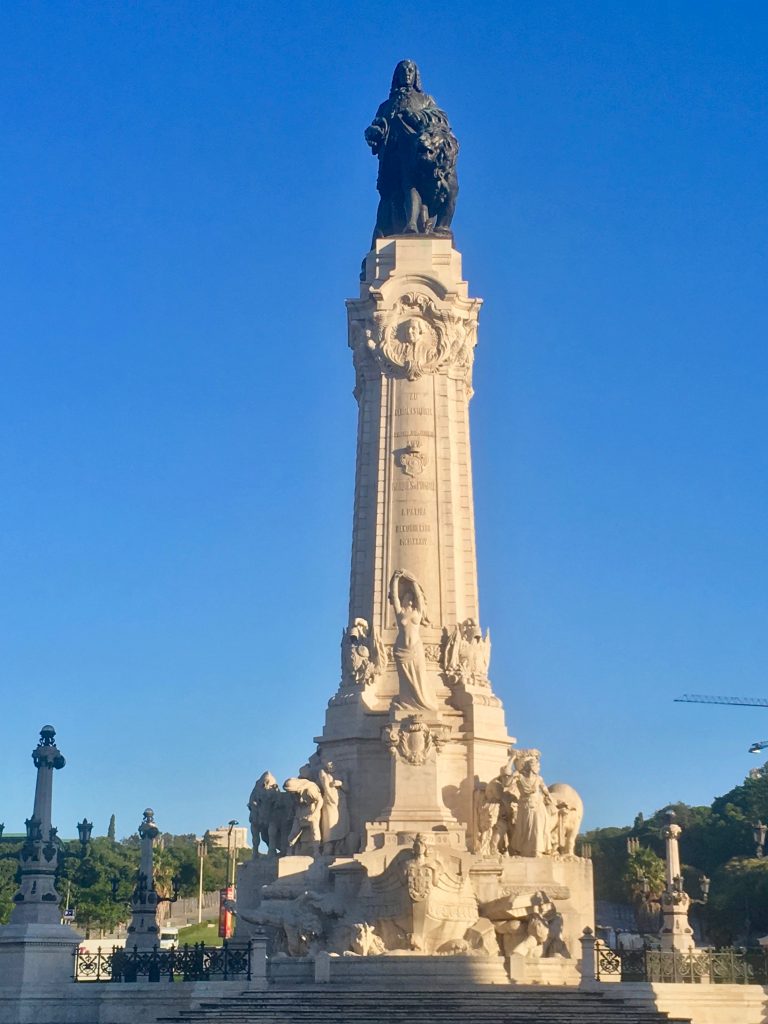 The Marquis of Pombal overlong the city he rebuilt

In just over a month the chief engineer Manuel da Maia had designed five plans for the rebuilding of Lisbon with big squares and wide rectilinear avenues in the world’s first grid system, which was later copied the world over. When somebody asked the Marquis of Pombal why the streets were so wide, he prophetically answered: “one day they will be small.” Less than a year later, the Lisbon reconstruction started with the first “earthquake-proof” buildings in the world — small wooden models had been built and earthquakes were simulated by marching troops around them. While the initial plan included the reconstruction of the Carmo Convent, the largest church in Lisbon, Pombal decided to leave a ruin so that the earthquake would always be remembered by Lisbon. Today the roofless nave is open to the sky, and all that remains is the arches and rubble that caved in on the congregation as they were attending mass. 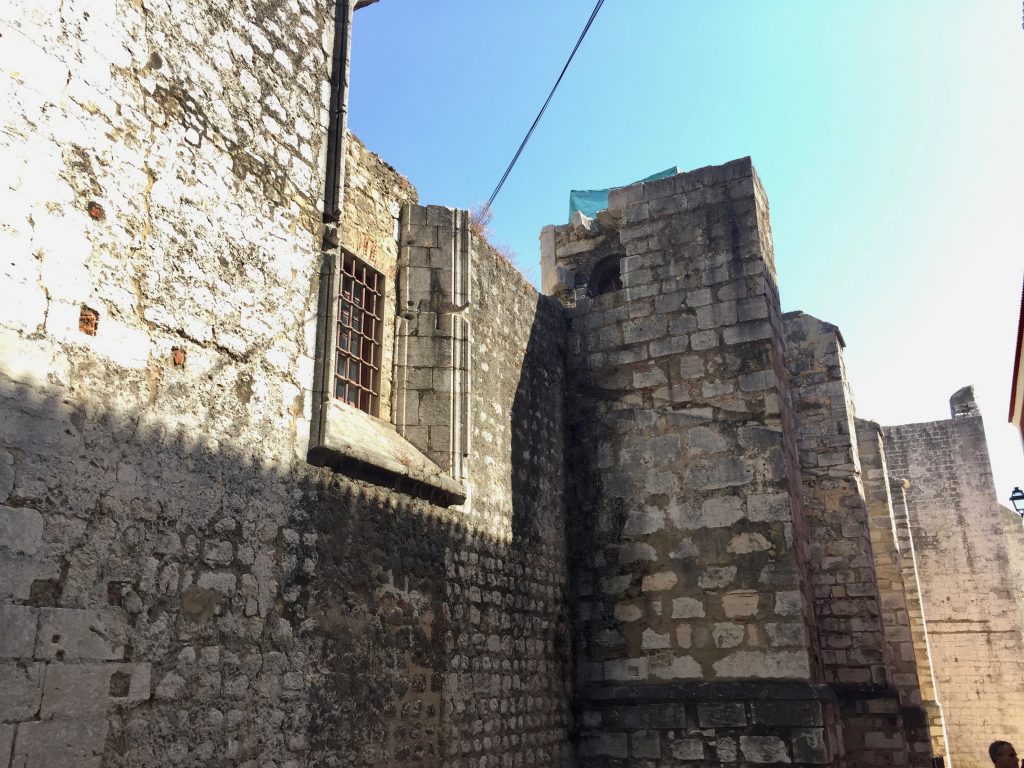 The ruin of Carmo Convent

Before that, Portugal was a different kind of world power. It wasn’t a tellurocracy, a land-based hegemony, the kind we normally think of — the Roman Empire for example. It was a thalassocracy — a state with established colonial empires held together by its naval supremacy. During the Age of Exploration, it and some other remarkable thalassocracies emerged — the Spanish and later the Dutch Empires, subsequently replaced on the high seas by the British Empire, with its immense and far flung colonies held together by the greatest navy of its time.

I’ve always been moved by the sea, and this idea of a thalassocracy fascinated me. And while I can chill on a beach for a few days, it is waves crashing on the rocks that really gets me going. So in a series of visits to the coast, paying homage to all those seafarers, we started with a trip to Cabo da Roca (the furthest western point of continental Europe). 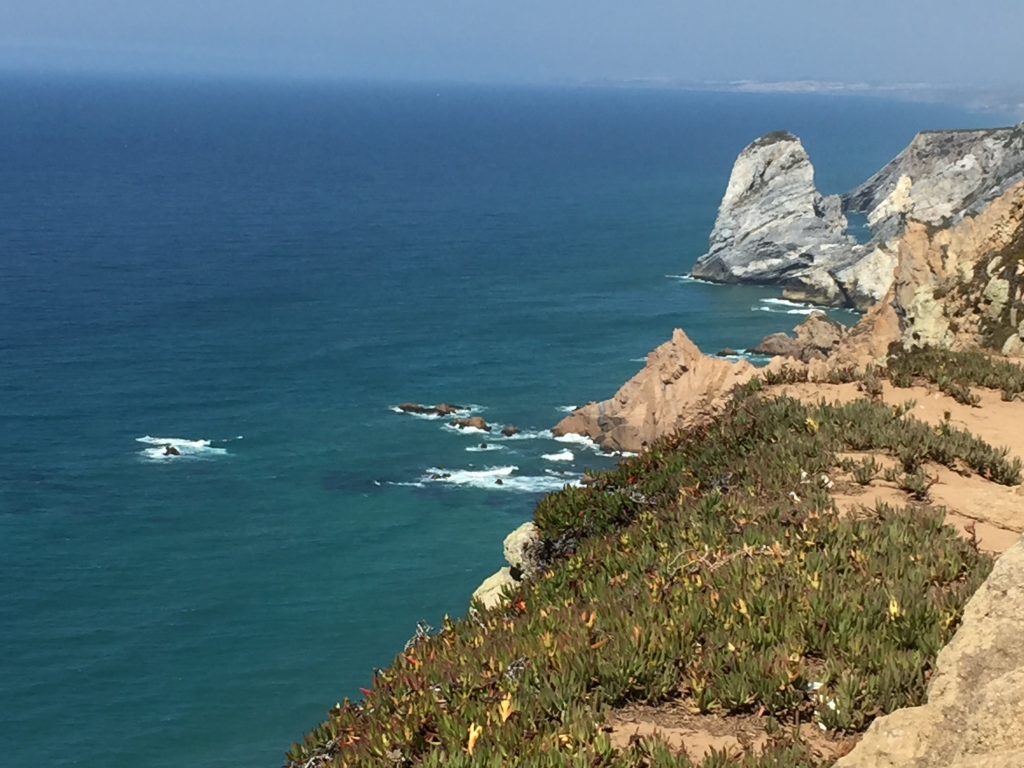 As I stood there gazing at the rocks below, and then out to the horizon, if I squinted really hard, I could imagine the masts of Vasco da Gama’s ships disappearing over the horizon as they left Lisbon in 1498 on his voyage to India, creating the first ocean-based link between Europe and Asia — connecting the Atlantic and the Indian Oceans and the West and the East,

The night before they left, Vasco da Gama and his men spent the night in prayer at the Hermitage of Restelo (Ermida do Restelo), as the church was then known. But when we visited it, it had long been replaced by the magnificent Jerónimos Monastery, that took a hundred years to complete after it was started on January 6 1501, and where the tomb of Vasco da Gama was moved to in 1894. 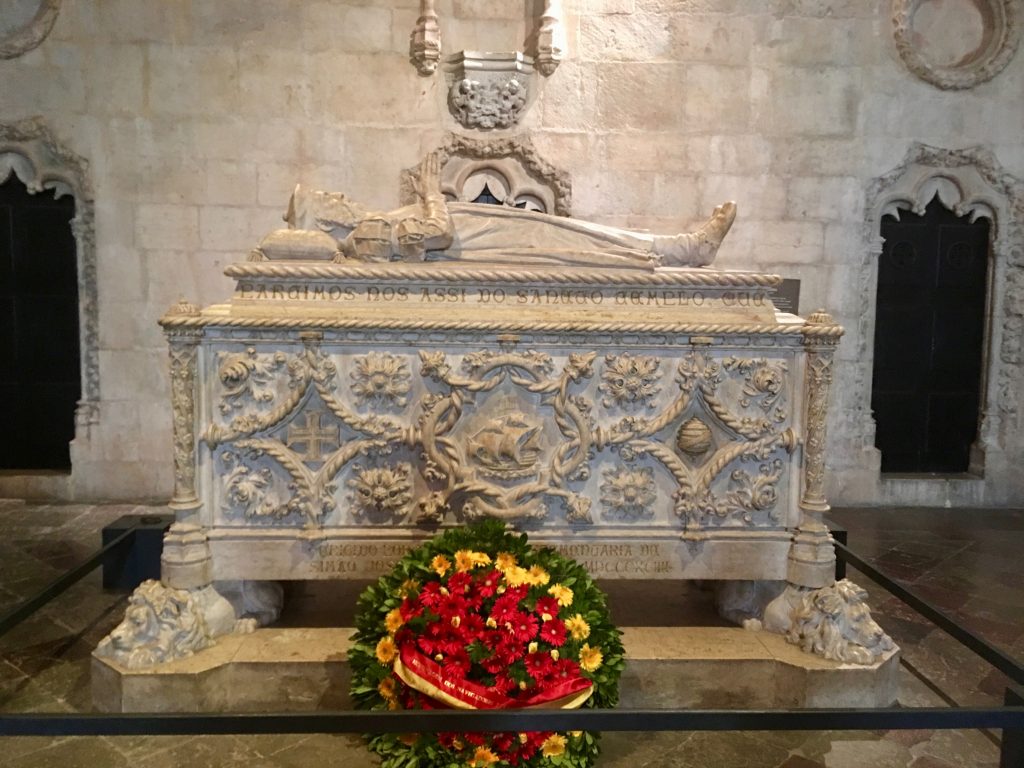 Continuing on our odyssey, we traveled to Sintra visiting the Palace of Pena and the walls of the ancient Moorish Castle. In 1838, Ferdinand II acquired an old monastery, all of the surrounding lands, the nearby Castle of the Moors, and a few other estates in the area and transformed the remains of the monastery into a palace that would serve as a summer residence for the Portuguese royal family, and one of the greatest expressions of 19th-century Romanticism in Portugal. From the palace you can see the coastline stretching to Lisbon and what seemed like miles out to sea. 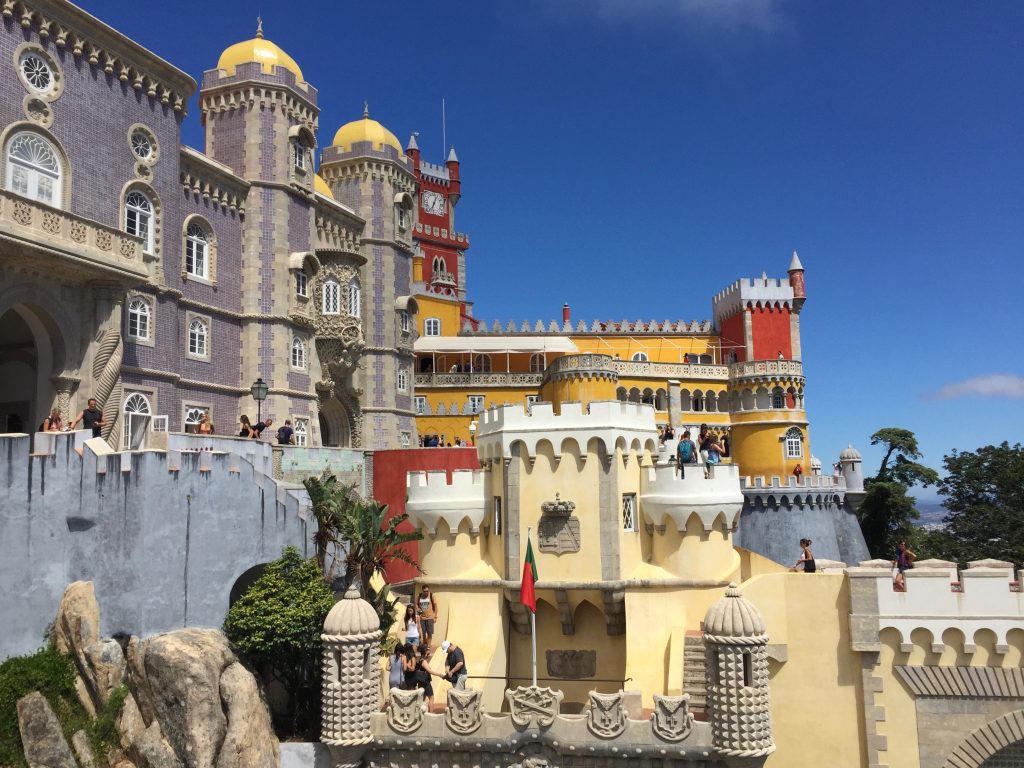 A nice place to spend the summer 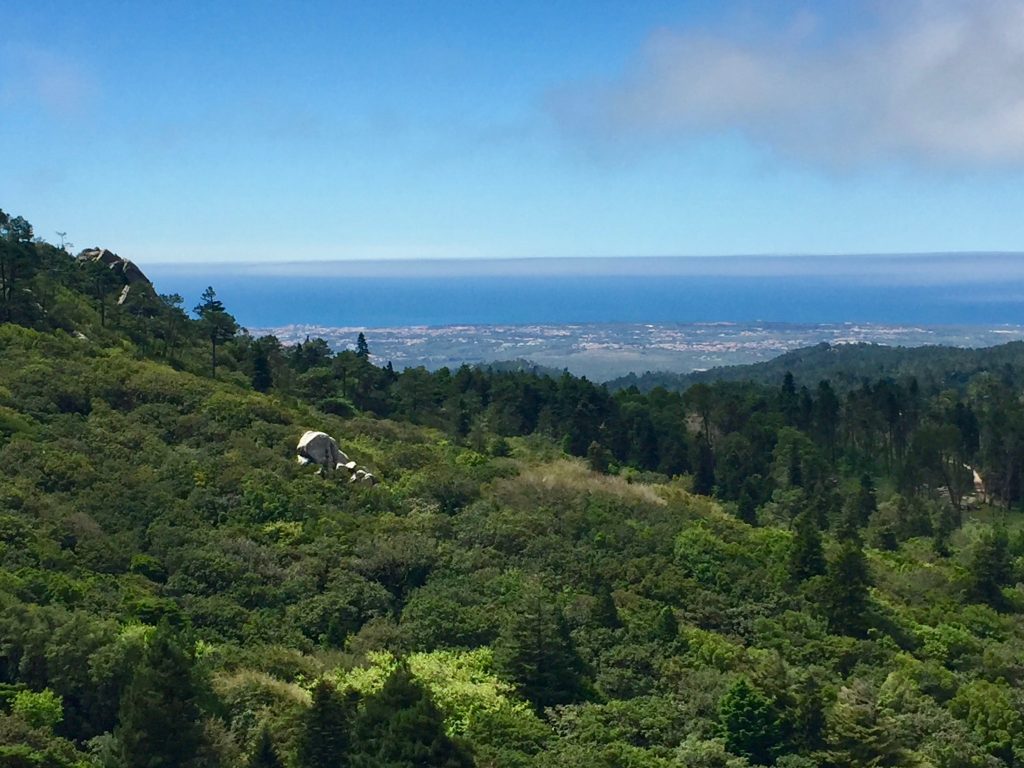 Can you see South America from here?

Yet, despite all that opulence, we found the intriguing gardens and the Palace of Quinta da Regaleira, far more fascinating. 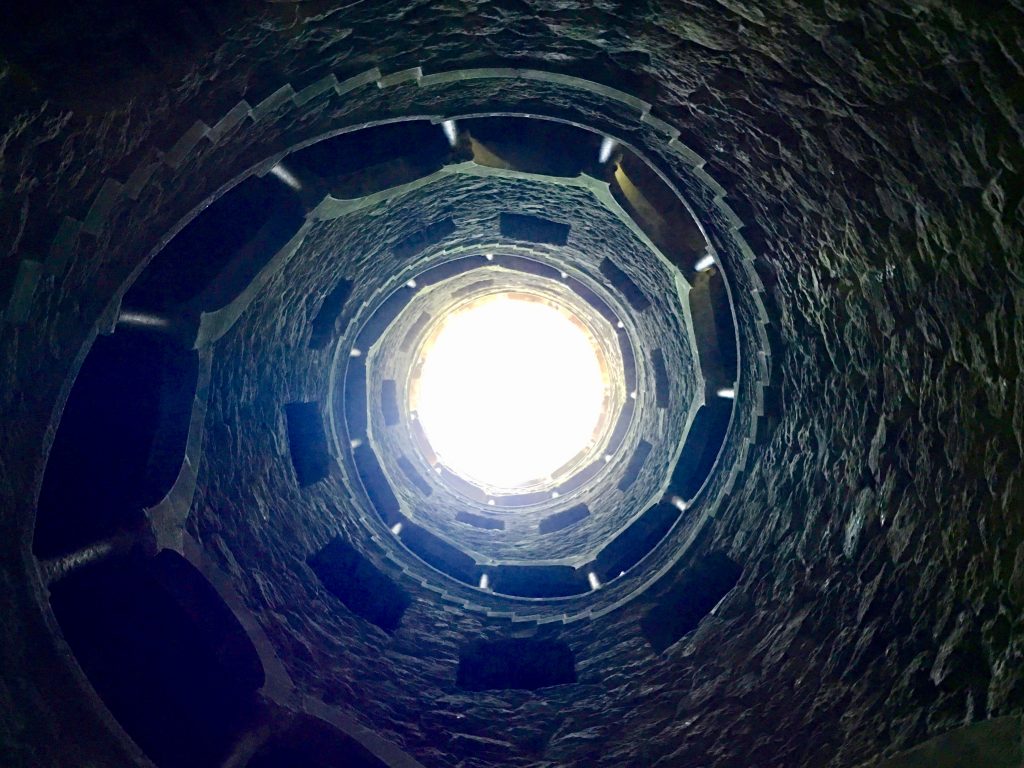 But the activity in Lisbon was mostly toward the end of the story of the Age of Exploration. It was in the north where the country was born, and in the south where the Age of Discovery was started and architected — both of which we visited after we left Lisbon.