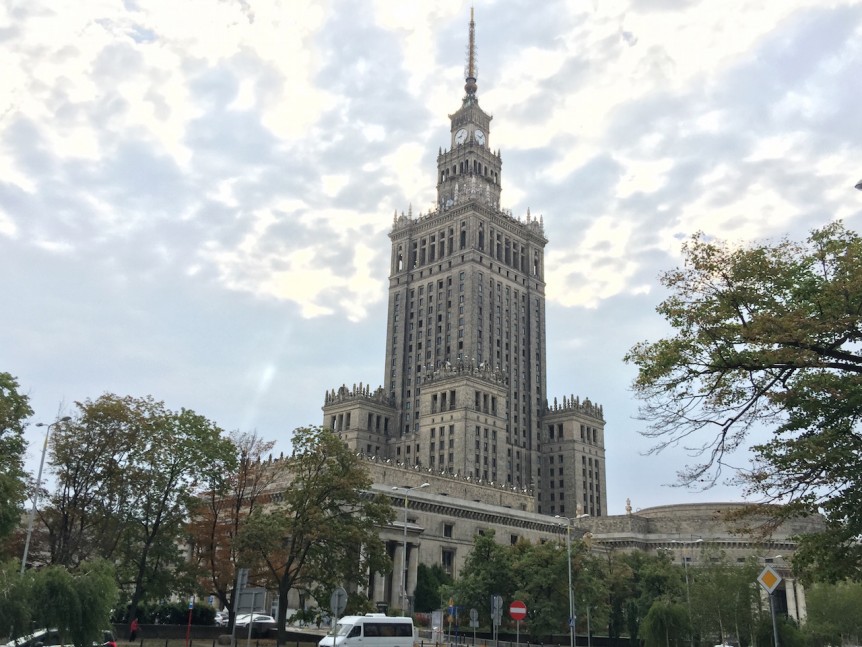 When we told people we were going to Poland, the overwhelming response was “Why?” I explained that Linda really wanted to see Auschwitz, and we would spend some time in Kraków, Warsaw, and perhaps some other places in Poland (the order recently changed but the destinations remain). And the response to that was more or less “With all the interesting places to go to in Europe, why bother with Warsaw and the rest of Poland?”

Fortunately, Poland is one of those interesting places.

When I was growing up during the cold war, Polish jokes were politically acceptable, and Poland was portrayed as a country full of dumb peasants and very anti-Semitic. This, I found out later, was not quite true, but I hadn’t really thought about how far off it was until we had a long visit and lunch with a Polish friend of a friend. Poland has a long tradition of science and the arts, and at one time was one of the major intellectual centers in Europe.

While there are a lot of things to understand about Poland, there are a few things that stand out.

The context for current day Warsaw with its hundreds of years of history, is the disappearance of Poland from around 1800 until 1914, the occupation by the Nazis during WW II, the Warsaw and Warsaw Ghetto uprisings and the subsequent wholesale destruction of the city by the Nazis, and the Soviet occupation and the subsequent uprising which led to the June 4, 1989 elections which were the first partly free elections in Poland after the end of World War II. The Poles are proud to point out this predated the falling of the Berlin Wall on November 9, 1989.

At the end of WW II Warsaw was in ruins, and this vibrant city, with its historical buildings, has been painstakingly restored since then. The reconstruction of the Royal Castle and the Old Town, where the first democratic European constitution (the Constitution of 3 May,1791) was adopted, speaks volumes about the determination and will of the Polish people.

Today Warsaw is a vibrant city, and as we visited its museums, restaurants, and talked to its inhabitants, a few things struck me. 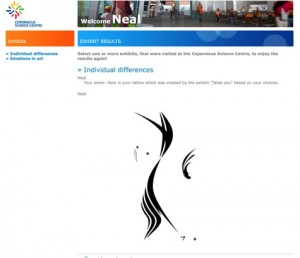 One exhibit allowed you to create a custom tattoo, and when I got back to our apartment, I found an email with a link to my new personal web page and the saved tattoo. 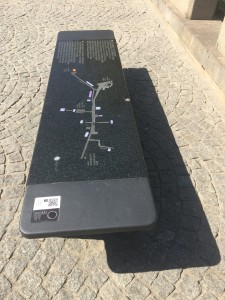 As cool, or even cooler, is the multimedia trail of Chopin Benches. It guides you through the historic spots in Warsaw connected with his younger days. (Chopin did leave Warsaw at 20, and died in Paris at 39, so he did spend more than half of his life in Warsaw.) All you have to do is press a button and the bench plays a selected fragment of Chopin music. And each bench is equipped with a specific photo code, which allows you to download from the Internet a special Chopin application, containing an audio guide and a set of tracks with Chopin music (www.um.warszawa.pl/chopin2010).

The Warsaw Uprising Museum is a little different. It’s not interactive, and it can be very confusing to follow the audio guide (at one point it says go up to the mezzanine when it means second floor), but the content is very powerful and emotional.  It is interesting to compare it to the POLIN which presents its content in more of an almost dispassionate historical and anthropological manner (which I have been told was a conscious decision to not create another Holocaust museum). If you are ever in Warsaw you need to see both. The former takes about 3-4 hours, and the latter really requires multiple visits.

One of the things I really liked about Warsaw was its public spaces. The city is filled with parks that people use — families with children playing in them, groups of people hanging out, and individuals reading books. The parks are public spaces used by residents as a shared extension of their individual private spaces. One park which really struck me had stacks of beach chairs for people to use, and you’ll find these kinds of chairs in parks and plazas all over the city. One of the guides on a walking tour told me that until a few years ago, you were not allowed to walk on the grass, and the parks were relatively empty. When that rule was changed, the parks became highly used spaces. There are also cafes everywhere, not just in the parks, but in the plazas in front of public buildings and in the buildings themselves. One night we a had a really good meal at a restaurant at the The Palace of Culture and Science.

I can’t remember the last time I hung out in a park in Palo Alto much less shared a meal, or a beer, in an open air cafe. In Warsaw, its an ordinary occurrence. 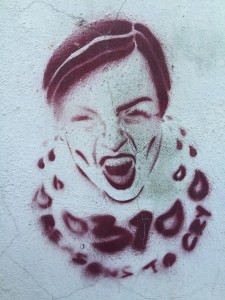 We could really spend more time here. Nine days is not enough, but it is time to move on. One thing we didn’t get to do was explore the Praga district. This was the only part of Warsaw that was untouched by WW II and is where to find edgy art, including some street art (but I did find some in Warsaw). We thought we had it all figured out until we found that the Warsaw Uprising Museum didn’t open at 8 A.M. in July and August as it said on its website, but instead at 10, and we missed a walking tour of Praga. Oh well, it gives us an excuse to come back to Warsaw

It’s hard to believe, but I have really fallen in love with Warsaw, and learned enough about Poland from new friends that my head is ready to explode. All of my ideas about what Poles are like to what happened in WW II to Polish anti-Semitism have been shredded and replaced with the beginnings of a more nuanced, and even factual understanding. But then again, that’s one of the points of traveling (as opposed to vacationing), isn’t it?