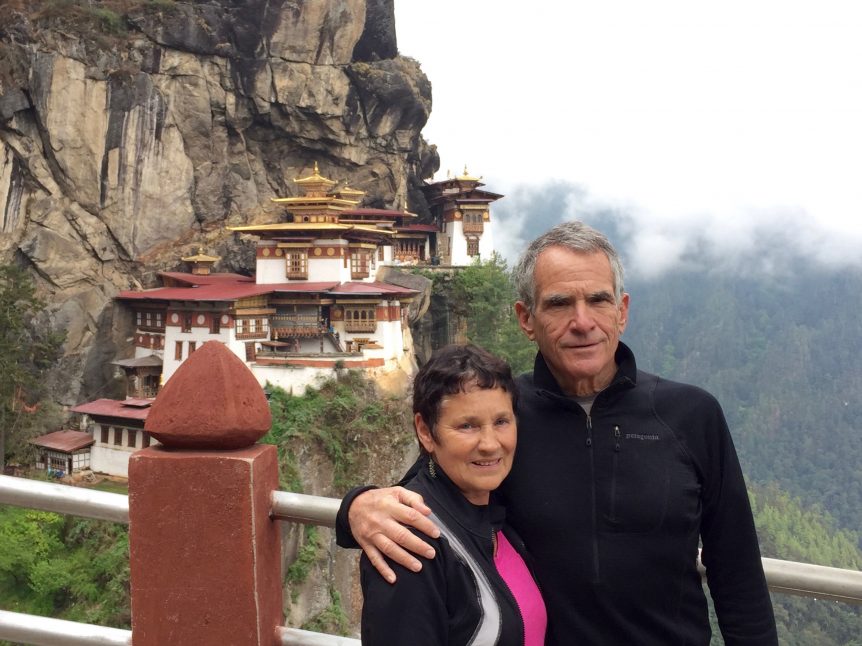 At least for her, it was just one more train trip out of the many we had already taken. Although I had been trying to pretend it was extraordinary— after all, I had been looking forward to it for many years — I had to admit the Trans-Siberian Railway, that bucket list perennial favorite, was nothing special. It was a rather ordinary train (we had been on much better trains in China for example), and being on it was at times fascinating (not only the scenery, but on one trip the next car was full of shirtless young men on their way back from working in Eastern Siberia), at times pretty (a lot of it looked like the Minnesota woods), at times ordinary (a lot of it looked like the kinds of industrial buildings and warehouses you’d see next to railroad tracks all over the world), and at times nothing at all because we were sleeping. In other words, it was just like a lot of other train trips we had taken over the last year (except for the car of shirtless young men).

Was I disappointed? No, because it finally had struck me that the train trip itself was not the point. What was the point, as we traveled across Mongolia and Russia, was the extraordinary experiences we had — with the Trans-Siberian Railway relegated to the role of a vehicle that made that happen (no pun intended). It was the functional equivalent of the Volkswagen bus trips I took around the US in my youth. If it were an Alfred Hitchcock movie, the whole Trans-Siberian Railway trip would be the McGuffin.

For those of you not interested in film esoterica (most of you I suspect), a McGuffin is a thing or an object that provides the theme and a structure for a story—for example the Maltese Falcon in The Maltese Falcon, or the Heart of the Ocean necklace in Titanic. I’ve hijacked the term because, with a minor change, it perfectly describes the role of the Trans-Siberian Railway trip in the story of our travels in Russia. Instead of a thing (noun) like the Maltese Falcon, the McGuffin is traveling itself (a verb, as in traveling is a verb), and provides the theme and structure for our experiences — just as our road trip in New Zealand did, or my adventures in the Gobi desert, or when you think about it, our entire trip to date.

Interestingly enough we were having this conversation exactly one year to the day that we left Palo Alto, and we went from talking about the Trans-Siberian Railway to reflecting about what had happened to us over the last year.

In January of 2015, Linda and I both realized that we were stuck (collectively and individually). Not quite as dramatically stuck as Dante Alighieri in The Devine Comedy

In the middle of the journey of our life, I came to myself, in a dark wood, where the direct way was lost.

We had been living in Palo Alto since we were married and had lots of friends and even more good acquaintances. We found ourselves slogging through a week of tedium to reach the weekends when we would go out and have fun, both with each other and with our friends. The world had changed around us, and gradually we realized what had left our lives was the passion we both had for what we did every day — we no longer loved our jobs.

Linda was a real estate agent and delighted in putting young couples into homes where they would raise their families. But the real estate market had turned ugly in Palo Alto and not many young couples could afford a home there anymore. I had been on the cutting edge of high-tech most of my life, and there was nothing out there that remotely interested me.

But there was still one passion that we both shared — travel — and we decided it was time to follow it and see what our travels would bring. So we sold our house in Palo Alto and our cars, put our art collection and a few other important things in storage, gave the rest of our stuff to charity, and hit the road. Six months later we were in cold and rainy Kaliningrad Russia for a jazz festival (where they need to learn a lot more about having jazz festivals).

As we traveled, we were captivated by the stories we heard, the magnificent contemporary and historical artifacts we saw, the natural beauty of places like New Zealand, Georgia, Bhutan, and the Gobi Desert, and the wonderful people we had met along the way. We were two ordinary people, but as we traveled we had some extraordinary experiences.

It was not about the “sights,” it was about the people we met and places we explored, and if you were quiet and listened carefully, the places would reveal themselves. We learned that travel in and of itself was not the point. It was what you did as you traveled that made it worthwhile.

Over the year we also learned a lot about how to travel and accept it for what it was. It may have been freezing in Laos, or sweltering in Warsaw, or disappointing hotel rooms, or obnoxious (often including gratuitous flash picture taking and oversized daypacks in your face) tourists, or the wifi that didn’t allow you to actually access the internet (although we learned the cell networks in almost all countries were much more reliable), or even just figuring out the best way to do laundry on the road. We learned to dance with some obstacles and slide past others, barely not touching.

And all of it, the good and the annoying, added a new perspective to our view of the world. The background music for our trip evolved into a synthesis of an international version of Simon & Garfunkel’s “America” and ”We’re Off to See the Wizard”.

And as we traveled we became unstuck.

We both become what we had been before, explorers, and not just observers, in our journeys through life. Linda became passionate about learning lost history (what we never learned in school or heard on the news) and documenting our explorations in her diary and photos. I fell in love with writing stories that wove together our experiences and what we had learned about the places we explored. And for both of us, there was a reconnection with the spectacular beauty of the natural world around us (and for me hiking in and up mountains).

While we have missed our family and friends, It has been a very interesting and meaningful year, and we have been very fortunate indeed.