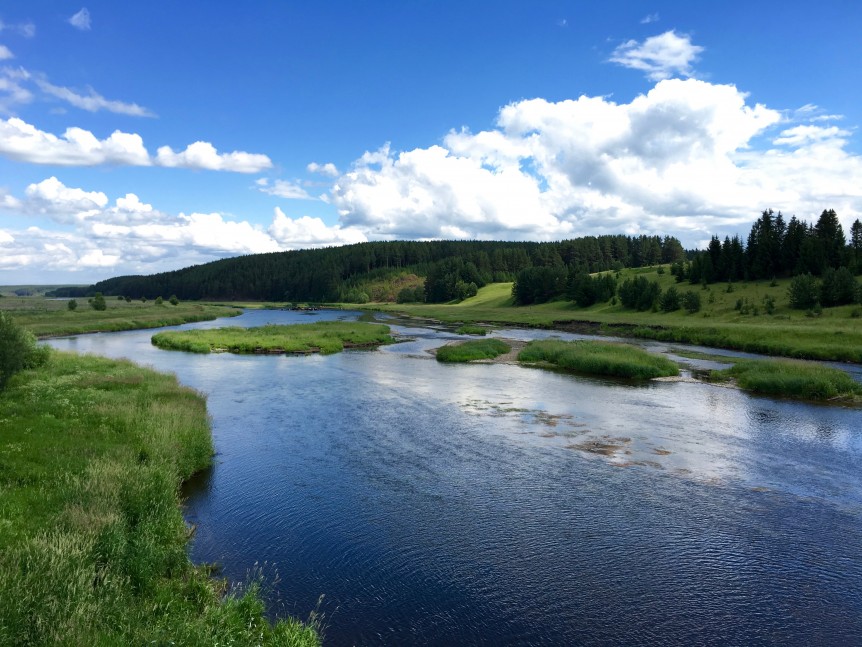 Our trip across the Russian Federation was quite the adventure. We traveled about seventy-five hundred kilometers in thirty-six days across five time zones on the Trans-Siberian network of railways and local trains, cars, and buses. Along the way, doing a lot of walking, and using public transportation, we explored ten cities, three villages, and the countryside around them. 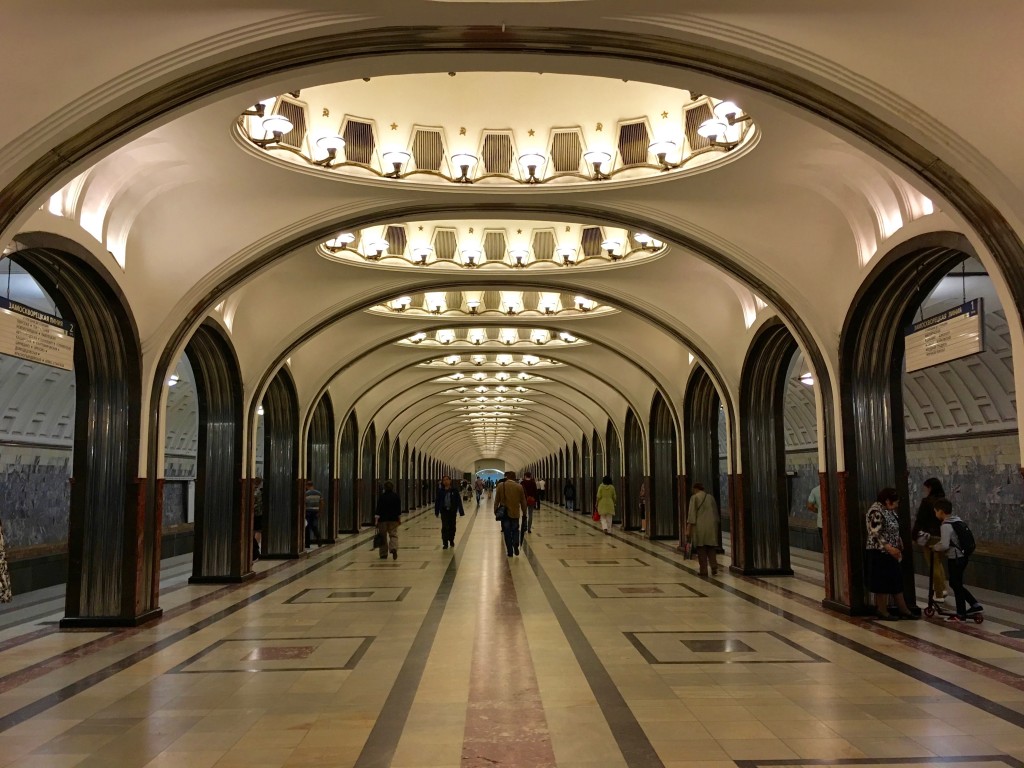 On a rainy day we explored Moscow’s beautiful Metro stations

It took only about five minutes being in Russia for me to realize how little I really knew about the Russian Federation and the Russian people. It wasn’t surprising since my knowledge of Russia before we got there was based primarily on having read Russian writers (Fyodor Dostoevsky, Nikolai Gogol, Anton Chekhov, Aleksandr Solzhenitsyn and a few others) and books about Russia (David Greene’s Midnight in Siberia was the most recent), growing up during the cold war, media coverage of perestroika and glasnost and the Russian annexation of Crimea, the collapse of the Soviet Union, assorted sound bites by politicians and other pundits, and warnings from friends.

The reality, as one might expect, was a lot different. It was closer to Alice in Wonderland than The New York Times.

In an earlier post I wrote that I thought what we would explore on the trip on the Railway — a trip from the heart of Asia to Europe —was a Russian culture that morphed and dissolved from an Asian worldview to a European one. 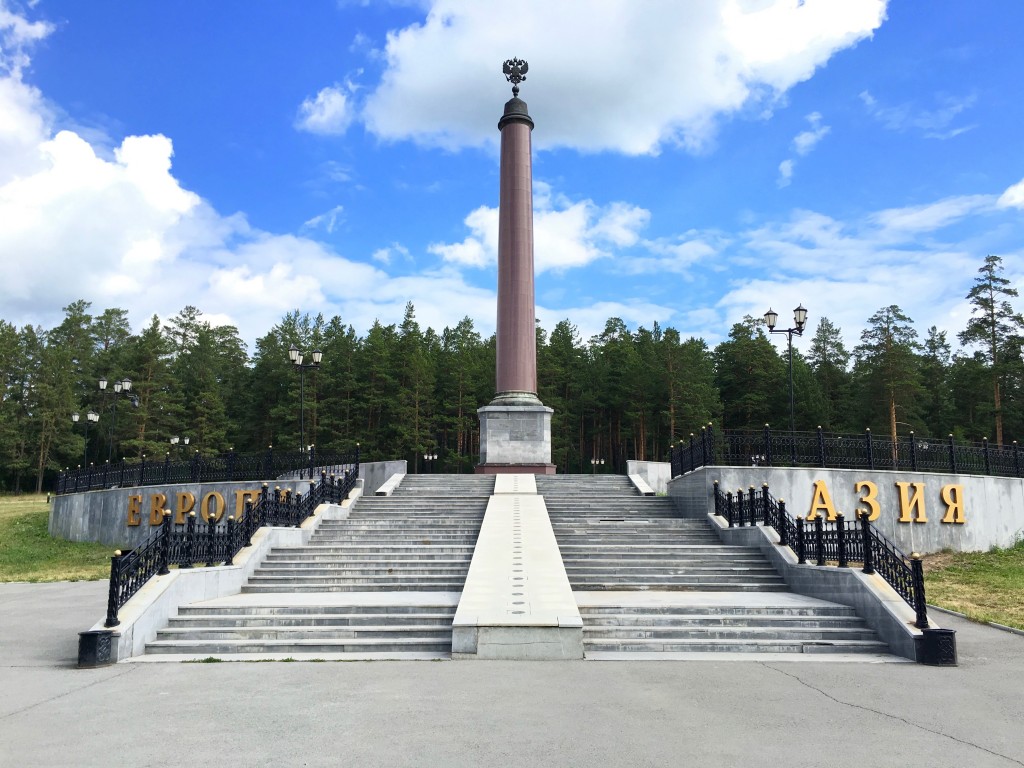 The border of Asia and Europe

After spending time in Russia, I look back with amusement at my naiveté — it wasn’t even close to being that simple. Russia is huge, and Russia is complex, and Russia is a geography and not a state of mind. It is roughly 6,666 miles from the eastern border of Russia to its western border, and Russia’s area is one-sixth of the globe’s total land surface. Contained in that area are over one hundred eighty-five ethnic groups designated as nationalities, with their own history, culture, and often their own language.

Twenty-one of those ethnic groups even have their own republics that almost, but not quite, function autonomously within the Russian Federation. 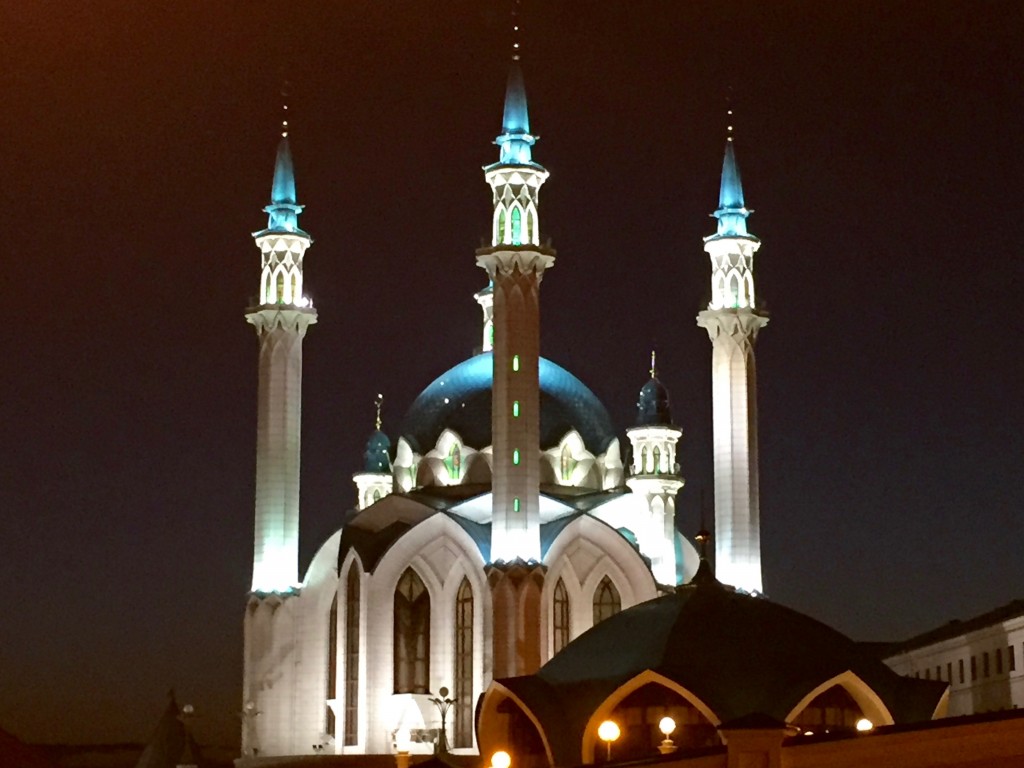 Qolşärif Mosque located in the Kremlin in Kazan, Tatarstan

Even though ethnic Russians make up 80% of the population, many live in those republics, and we found people often thought of themselves more as part of the republic in which they lived, with its culture, than as part of the Russian Federation. 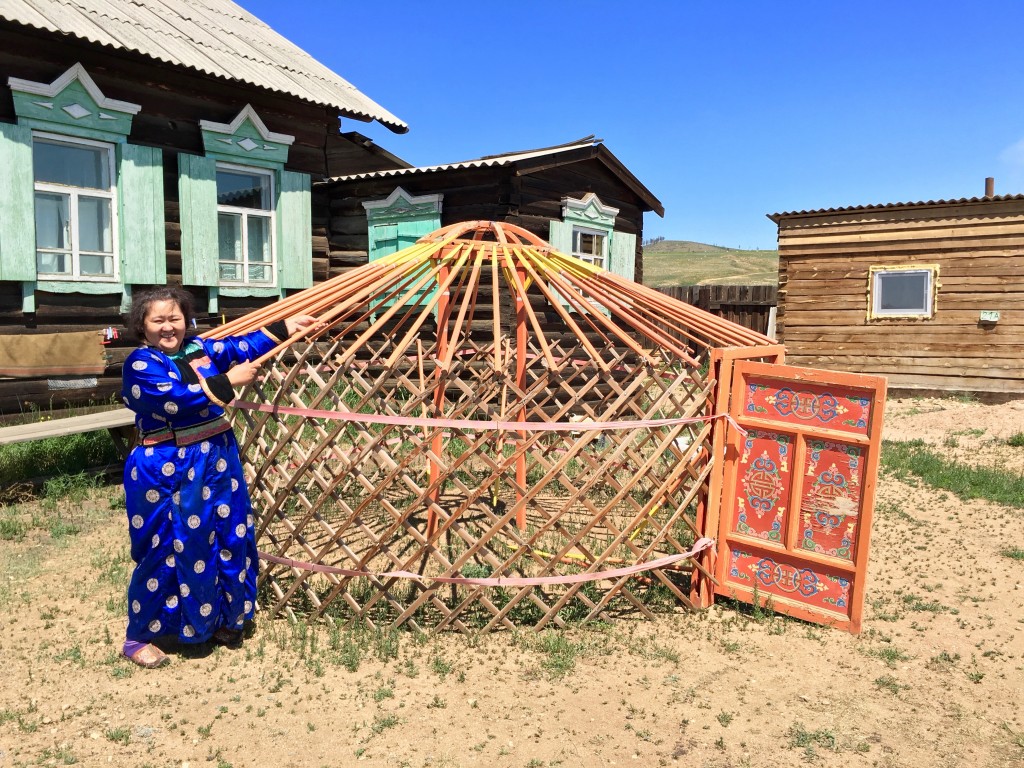 To make it even more complex, we also found as we talked to people, it’s just not the republics that have their own culture — different areas of Russia do as well. As the Siberians will tell you, they are in no way the same as Muscovites. 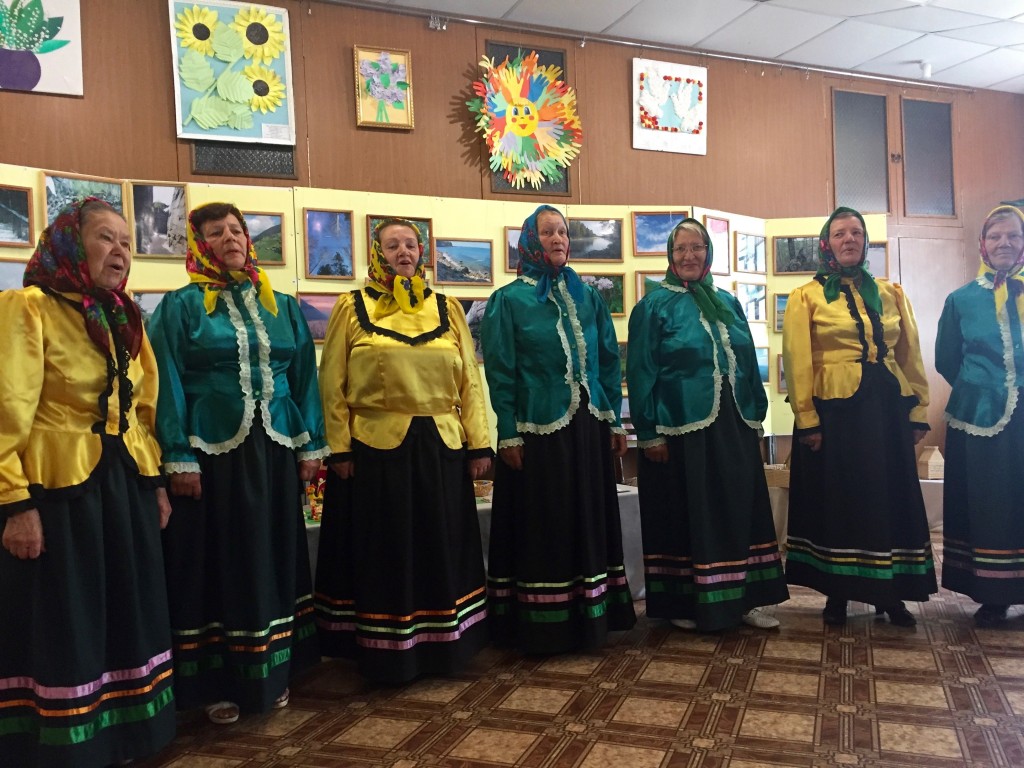 What we discovered in Russia was that there is no single “Russian Culture,” much less one that morphed and dissolved from an Asian outlook to a European one as you traveled from East to West, but rather a staggering number of Russian cultures that were all someplace on the East-West spectrum. It was enough to make your head explode.

But, as it turns out, there is a better way to think about Russia — as two Russias. The thoroughly Europeanized Russia of both Moscow (where the power is) and Saint Petersburg (where the culture is), and then all the rest — the conceptual cultural equivalent of “herding cats”. Russia is not a melting pot but a stew with a lot of different ingredients.

The Europeanization of Russia started with Peter the Great who ruled from 1682 until 1725, and who founded Saint Petersburg in 1703, the imperial capital for two centuries, and still the country’s cultural center. He expanded a local Tsardom into a large empire and a major European power. Heavily influenced by his advisors from Western Europe, he led a cultural revolution that replaced some of the traditional and medieval social and political systems with modern, scientific, Western European versions rooted in the Enlightenment. His reforms made a lasting impact on Russia, with many still visible today.

Later Catherine the Great (an admirer of Peter the Great), who ruled from 1762 until 1796, continued to modernize Russia along Western European lines, and her rule is often considered the Golden Age of the Russian Empire and the Russian nobility. Inspired by classical and European influences, she too enthusiastically supported the ideals of the Enlightenment and presided over the age of the corresponding Russian Enlightenment. 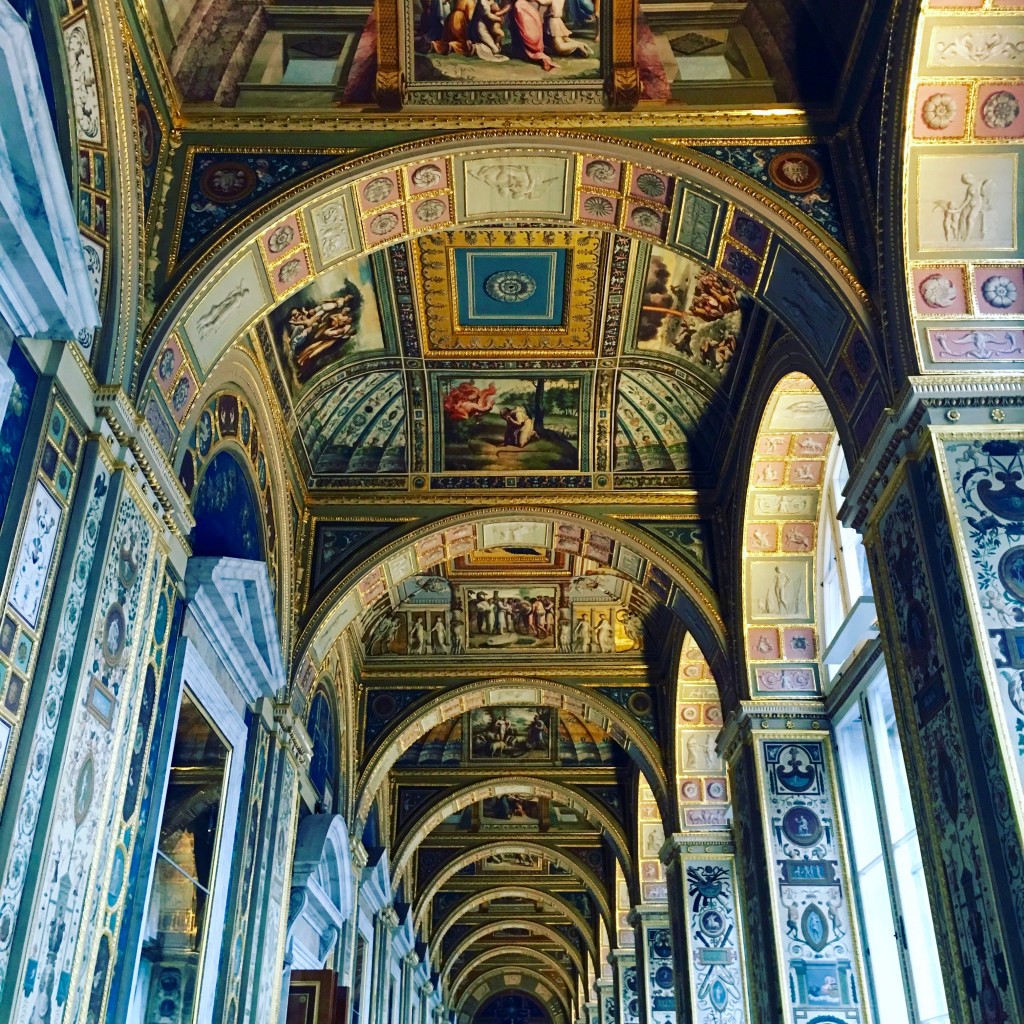 As much as we liked Saint Petersburg, and had a delightful time there, it (and less-charming Moscow) is in many ways like any other great European city.

But while there is no single “Russian Culture” in the rest of Russia, we did find some common themes across all those cultures, or at least the ones we had experience with.

Many people are not happy with the current economic conditions, and in some older people we found a rush to nostalgia.

In the 1980s, the Soviet Union was failing both economically and technologically. To reform the Soviet Union, the democratization of the Communist Party was promoted through Party Secretary Mikhail Gorbachev‘s policies of perestroika and glasnost.

Perestroika was the reconstruction of the political and economic system established by the Communist Party. Elections were held and a semi-free market system was created. Glasnost (openness) was the social and political reforms that gave more rights and freedom of expression to the Soviet people and included more people in the political process.

But reinventing the Soviet Union proved a difficult task and the effects were mixed — as more social freedoms were permitted, the economy was deteriorating, and social unrest was growing among the people. Meant to save the Soviet Union, perestroika and glasnost actually contributed to its fall.

Perestroika made some Russians very wealthy — the highly visible oligarchs — and the rest of the people a lot worse off. The oligarchs made their money during Russian privatization in the aftermath of the dissolution of the Soviet Union in the 1990s through deals with former USSR officials (mostly in Russia and Ukraine) to acquire state property. They were, not surprisingly, mostly relatives or close associates of government officials, even government officials themselves, as well as criminal bosses. They achieved vast wealth by acquiring state assets very cheaply (or for free). Corruption was, and still is, rampant. Since they stashed billions of dollars in private Swiss bank accounts rather than investing in the Russian economy, the Russian public resented them as arrogant nouveau riche and gaudy, conspicuous consumers with poor taste, and blamed them for most of the turmoil that plagued the country following the collapse of the Soviet Union in 1991.

Today cheap oil, unproductive workers, falling real wages, rampant inflation, continuous corruption, the Western economic sanctions resulting from the annexation of Crimea, and a government which seems to have no clue, have mired Russia in recession. Yet, despite all of that, Russian President Vladimir Putin’s approval ratings are in the 80’s (they have come down from nearly 90% after the annexation of Crimea in 2014). Go figure.

On the other hand, some people we talked with, mostly those that remember the “good old Soviet days” would tell us that perhaps the Soviet times weren’t so bad after all. “Now,” they say, “I have to struggle to find a job to pay for a place to live, food, and medical care, and the pensions are almost nonexistent.” The host of our home stay (like a bed and breakfast, except usually with dinner) in Ulan-Ude (just north of Mongolia in eastern Siberia), a retired professional in her late sixties, told us she had to do home stays because it was the only way she could survive. Ah, but during the Soviet times (or so they selectively remember), everyone had a job, a place to live, food, medical care, a pension, and the Soviet Union had an excellent educational system.

Going forward to the past does make sense in some perverted way. People want safety and security, and as bad as the Soviet times were, the people we talked with did make it through them. On the other hand, they aren’t as confident that they will make it through today’s “bad economic circumstances”.

Younger people we met looked at things differently. There was a downside to this security — no matter how hard you worked everyone was treated the same, and the only way to get ahead was to know someone. At least now you can be entrepreneurial and be rewarded based on how hard you work. But even they long for the excellent educational system that has devolved with Russia’s version of capitalism.

The second thing we found was the resurgence of religion. Even though the communists, and especially Stalin, tried for more than sixty years to wipe out religion, with the collapse of the Soviet Union organized religion came roaring back, and with it, if you can believe it, nostalgia for Tsarist times.

Tsar Nicholas II, who can take a lot of credit for the journey of the Russian Empire from one of the great powers of the world to economic and military collapse was hardly a saint, but the Orthodox Church has made him one nevertheless. While he is considered a martyr and victim of the 1917 Revolution by monarchists and conservatives, he is blamed by others for his inept, inflexible, and harsh rule that resulted in the Bolshevik revolution and even more suffering for the Russian people.

Not unaware of the intense feelings that perhaps Nicholas got what he deserved, the bishops did not proclaim him and his family as ”martyrs”, or those who died specifically for their Christian convictions, but instead declared them ”passion bearers”,  a category used to identify believers who, in imitation of Christ, endured suffering and death at the hands of political enemies. 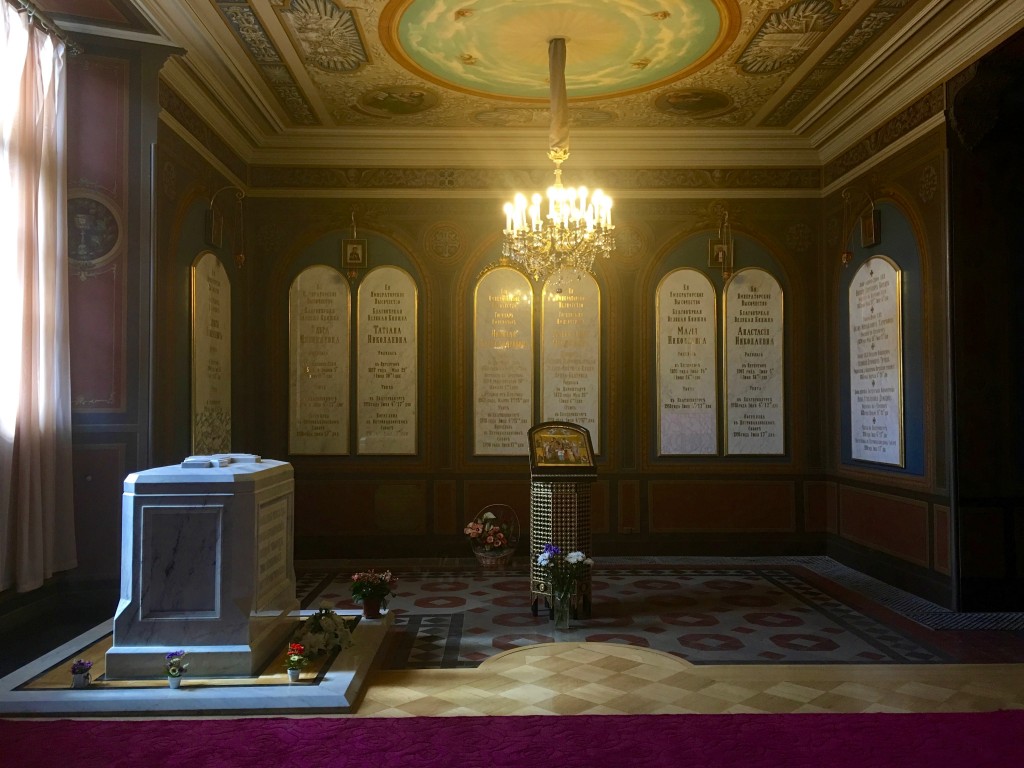 The remains of Tsar Nicholas II and his family in Saints Peter & Paul Cathedral in St. Petersburg

We did find one other thing across cultures and regions in Russia. The people we met were almost always kind and helpful. And when we ran into problems as we traveled (a porter at a train station charging us five times the rate for our bags, or a taxi driver who wanted to charge us ten times the previously negotiated 300 rubles fare, and because we would not pay it at our destination, locked us in his taxi and drove around crazily until we luckily encountered a police car), ordinary people on the street rushed forward to help us. The person who helped us with the porter made us a present of some salad dressing that was a specialty of his town, and the woman who helped us with the taxi driver and the police (she explained our situation to the police who did not speak English) walked us back to our hotel, and apologized for the taxi driver’s behavior. A teenager in Suzdal who thought we would never find the place we were looking for, put down his guitar and took us there, and then disappeared before we could thank him. We had tour guides who would go out of their way to show us things they thought we would like that were not on the “official” tour.

It was a fascinating trip, full of major and minor revelations and adventures, and an eye-opening set of experiences that brought us from Asia back into Europe.