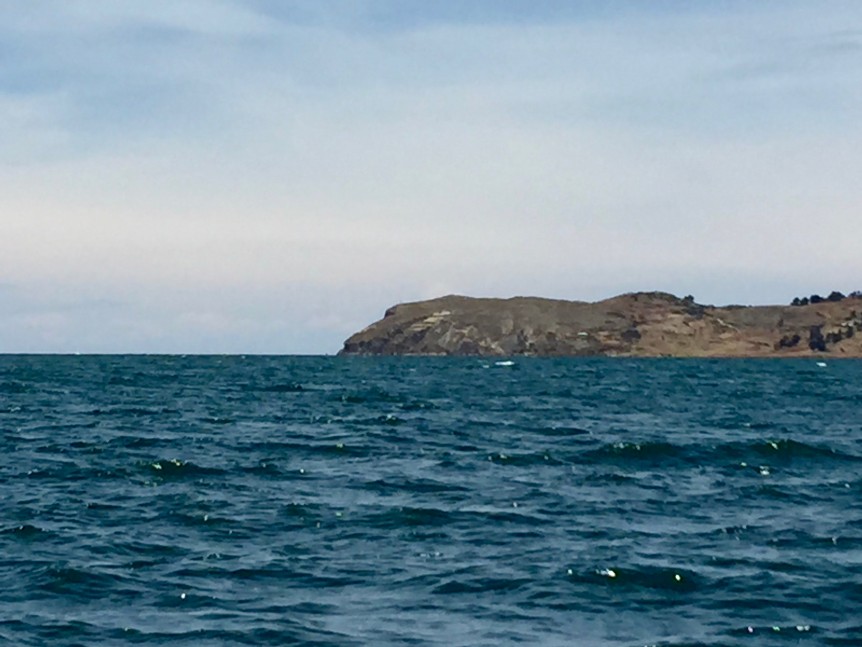 As I was learning about Peru, one of the places I was excited about exploring was the floating islands built by the Uros tribe on Lake Titicaca. I loved the idea — with a floating island of your own, whenever you got tired of one place, you could simply up anchor and tow your island someplace else.

So off we went and discovered some pretty disappointing things.

Though the origins of the Uros culture is a mystery, it was even hard to get a straight answer about events over the last few years.

But it seems their story goes something like this. 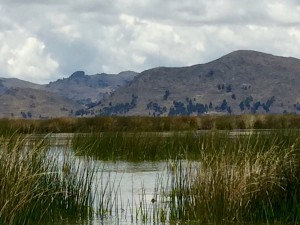 The totora reeds at the entrance to the islands

At some point in the distant pre-Colombian past, a tribe moved into the middle of Lake Titicaca. They lived as fishermen and bird hunters — first on boats and then building and moving onto small floating islands that they constructed from layers of cut totora, a thick reed that grows in high-altitude fresh water lakes.

Until the mid-1980s, most of the Uros islands were located far out in the lake, but in 1986, an El Niño storm devastated the islands and forced many Uros to rebuild closer to shore, or even move to Puno on the shore of the lake.

And then the son of one of the elders went to tourism school and realized the islands could be turned into a tourist destination. At first, the Uros were reluctant, but economics won out when they realized that they could make some serious money by selling souvenirs to tourists. Using some modern technology the Uros also figured out how to do a better job of anchoring the islands (the major problem during the El Niño), and they learned to accommodate tourists and make higher-quality handicrafts — tapestries and small reed boat models — that the tourists were likely to buy.

The tourists loved it. 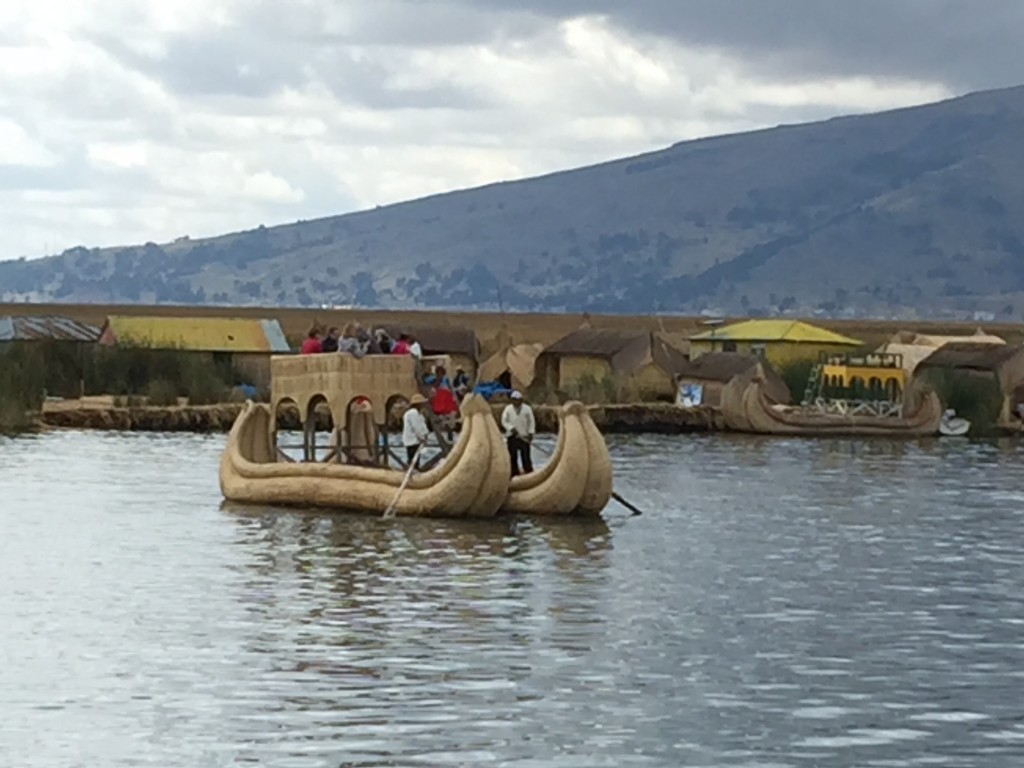 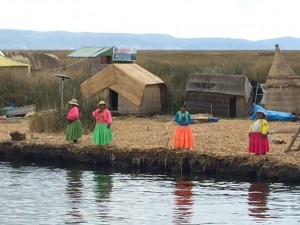 Welcome to our island

Each island is about 50 feet by 50 feet, typically holding a single family and containing thatched houses. They welcome the tour boats and put on a little show for the visitors and then display their handicrafts for sale. The unwritten agreement, at least according to our guide, is that you either buy something or tip them the equivalent of a few dollars, There is also a “toll” you have to pay to use the channel that takes you to the islands as well. 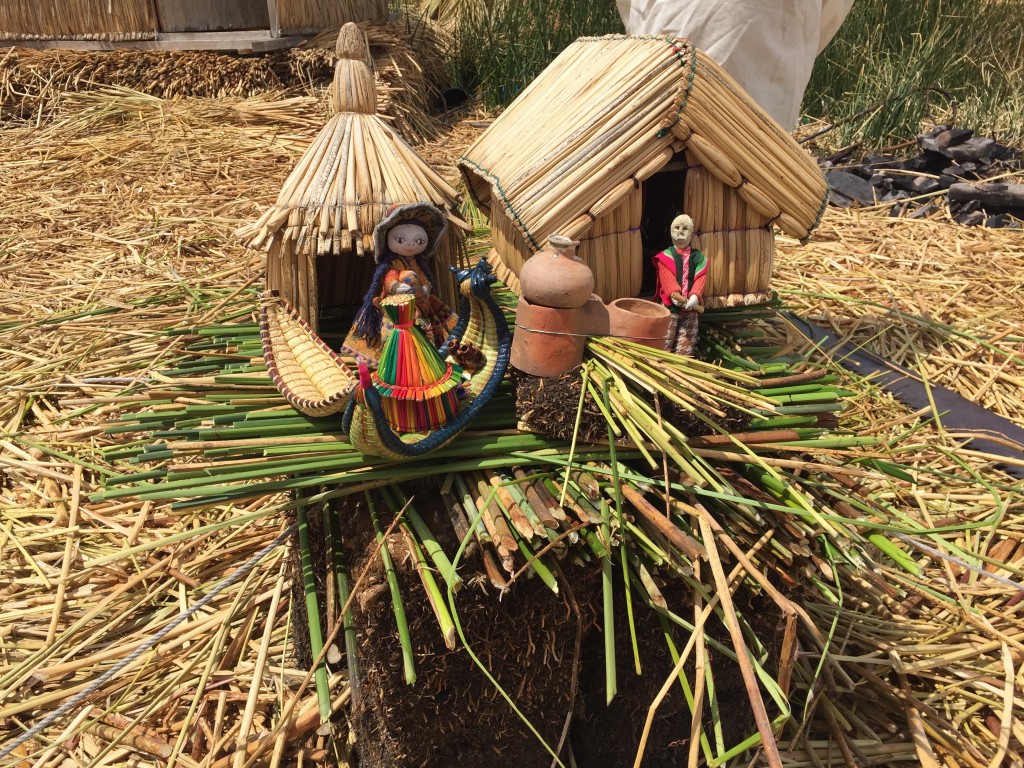 Yes, these are for sale

I only learned this during and after our visit. Had I known it earlier we probably would have gone regardless, if only to observe the transformation of an entire culture into a theme park.

I did find the way they constructed and lived on the islands quite interesting, and while I do understand that the Uros are doing what they can do to keep their culture alive, I found the whole thing quite sad.

After this brief visit to the Uros islands, we set off for Amantani island to spend the night with a local family. I was braced for another theme park experience, but instead I was pleasantly surprised by what we found.

Amantani Island is is a 3 ½ hours boat ride from Puno (26 miles). The island is round and about 3.6 square miles in size. The 3,600 inhabitants of Amantani (about 800 families) are descended from the Quechua. This is both the name of a pre-Inca people of the central Andes in Peru and their language. The Incas later adopted Quechua as their language (something the Incas often did—taking the best of the cultures they conquered and making it their own). 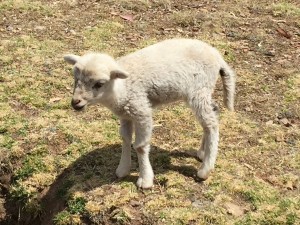 The residents of Amantani are mainly small farmers. The hillsides are terraced, mostly worked by hand, and planted with wheat, quinoa, potatoes, and other vegetables. They also raise cows, goats, and alpacas. 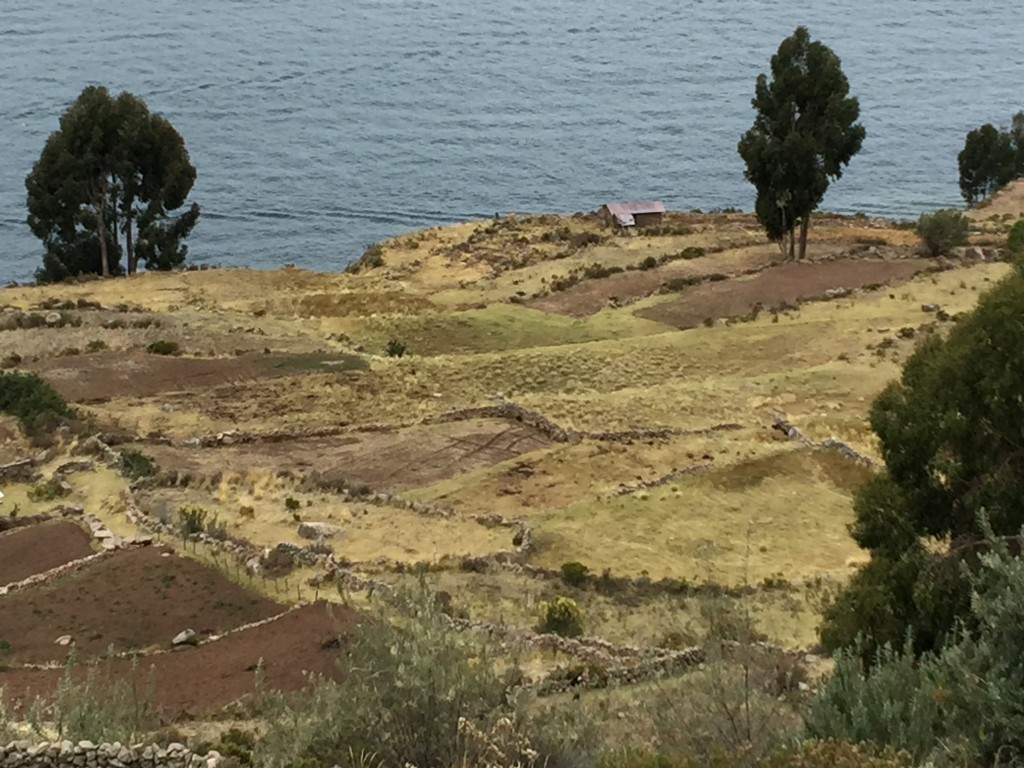 While the Amantanenos have become traders of the handicrafts that they produce, and host tourists to their island in home stays (which is a significant part of their income) we found their lives to be mostly traditional. They seem to use the tourism income to enable them to maintain their traditional culture. We stayed in a guest house one family built to house tourists with their guides. But in the guest house and their homes, things are still quite basic — there was no electricity or heat, but we slept comfortably under a pile of beautiful Andean blankets, and they cooked over the traditional wood fire. They do use some technology — basic cell phones that are charged using a generator owned by one of the community members — but no smartphones and no internet.

As was expected we brought food staples (cooking oil, rice, fruits) as a gift, along with gifts for the children.

Amantani has two mountain peaks, Pachatata (“father earth”) and Pachamama (“mother earth”), with ancient Inca and Tiwanaku ruins on top of both. The temples at the top of the peaks are fenced in and closed — open only for celebrations once a year when the Amantanenos make their ritual offerings. 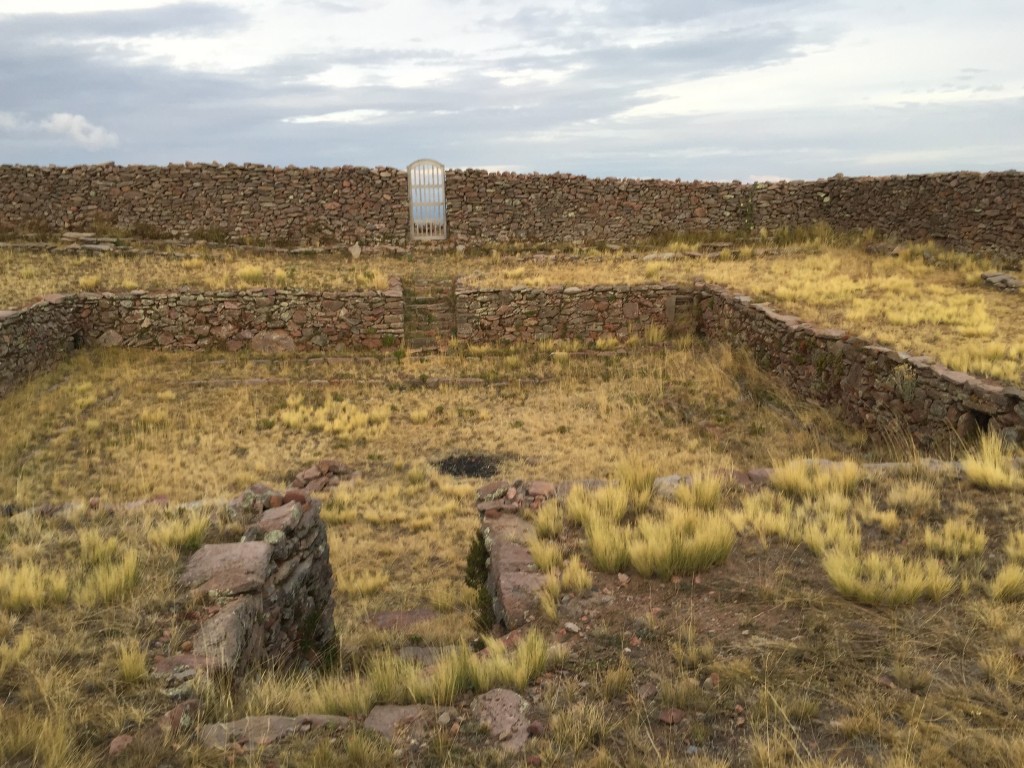 Inside Pachatata Temple (taken from the outside) 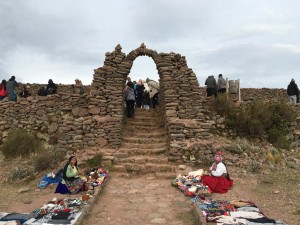 Welcome to the top

The family we stayed with was in the Pachatata camp and after meeting the family we were to stay with, we hiked to Pachatata temple or ceremonial center. Starting from 3,812 meters after only a few days at that altitude, was a bit of a challenge, and I understood why our guide brought oxygen along with her, although we never did have to use it. 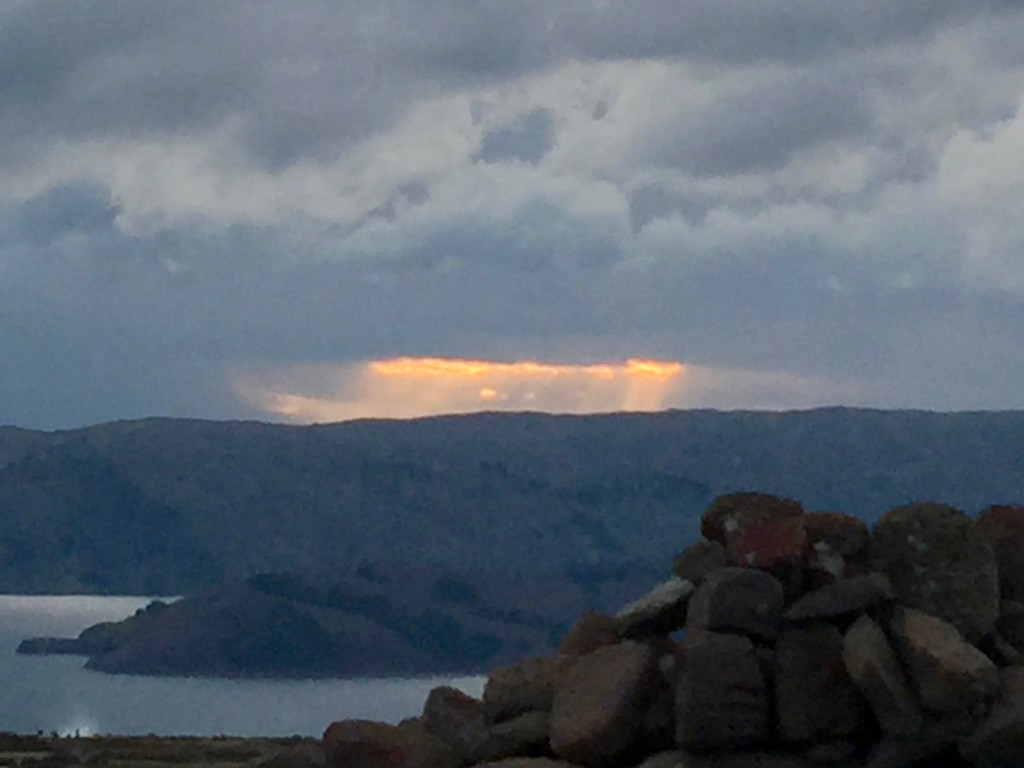 Amantani Island gave off a glimmer of hope that at least some small parts of Peruvian culture will continue to survive.