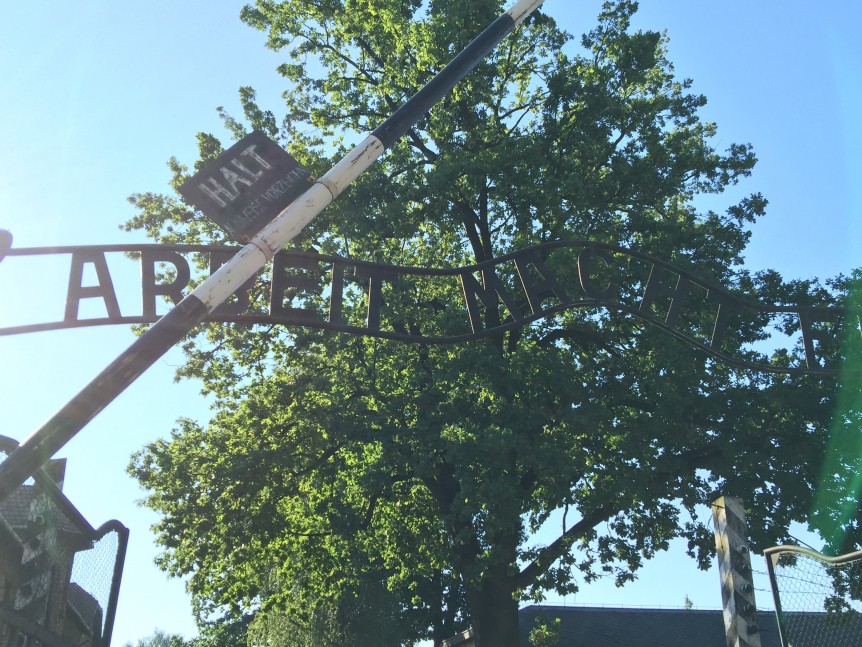 While the impetus to visit Poland was Linda’s need to visit Auschwitz, we weren’t expecting our trip to Poland to be a lesson on WW II, the Holocaust, and Poland under Soviet rule. In fact, other than Auschwitz we had no expectations of what our trip to Poland would be like, except it seemed like an interesting place to go.

But just being in Poland you can’t escape WW II and the Holocaust, and in Kraków you can’t escape Auschwitz, so at least this part of our trip included a dive into history, and the experience has transformed us for the better. 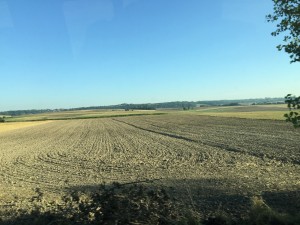 The beautiful drive to Auschwitz

It was a classically beautiful day as we drove out to Auschwitz . Blue sky, puffy clouds, fields of corn and vineyards of pinot noir grapes, all lulling you into a false sense of contentment, believing that the world is a beautiful, welcome, sane, rational, reasonable place. Yet unable to escape that feeling in the pit of your stomach that this was not going to be a pleasant day.

We got to the camp around 8:00 A.M. the best time to go to beat the crowds, and toured the exhibits.

We spent about 7 hours at both Auschwitz and Birkenau.

It was not enough time. 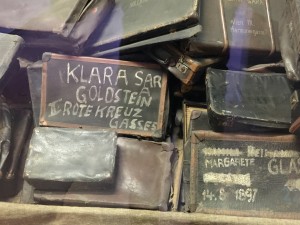 Both Linda and I have been to Holocaust museums before, including Yad Vashem in Israel and the United States Holocaust Memorial Museum in Washington D.C. — so we thought we were prepared for a gut wrenching experience. But for me at least, Auschwitz was not intense in the way I thought it would be. We had already seen exhibits of camp artifacts at other museums including piles human hair, toys, and prostheses, and read the descriptions and seen pictures and simulations of the living conditions in the Nazi death and concentration camps, and experiencing them again was certainly emotional. 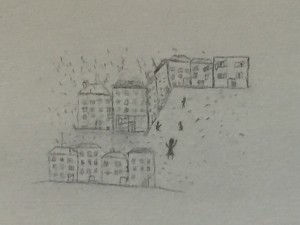 But what really affected me the most were the stories of the individuals, making all what I saw real. The hopes and dreams of ordinary people, just like me, that would never come true. Here were people ripped from normal life and subjected to the atrocities of the death camp, and then murdered. Not knowing what was happening to their spouses and children and fearing the worst, which was not as bad as what really happened. Children that died 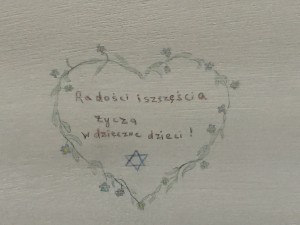 before they had a chance to live, who would never go to school, date, fall in love, have children and die at a ripe old age surrounded by their children and grandchildren. Children and adults that were psychologically and physically murdered. 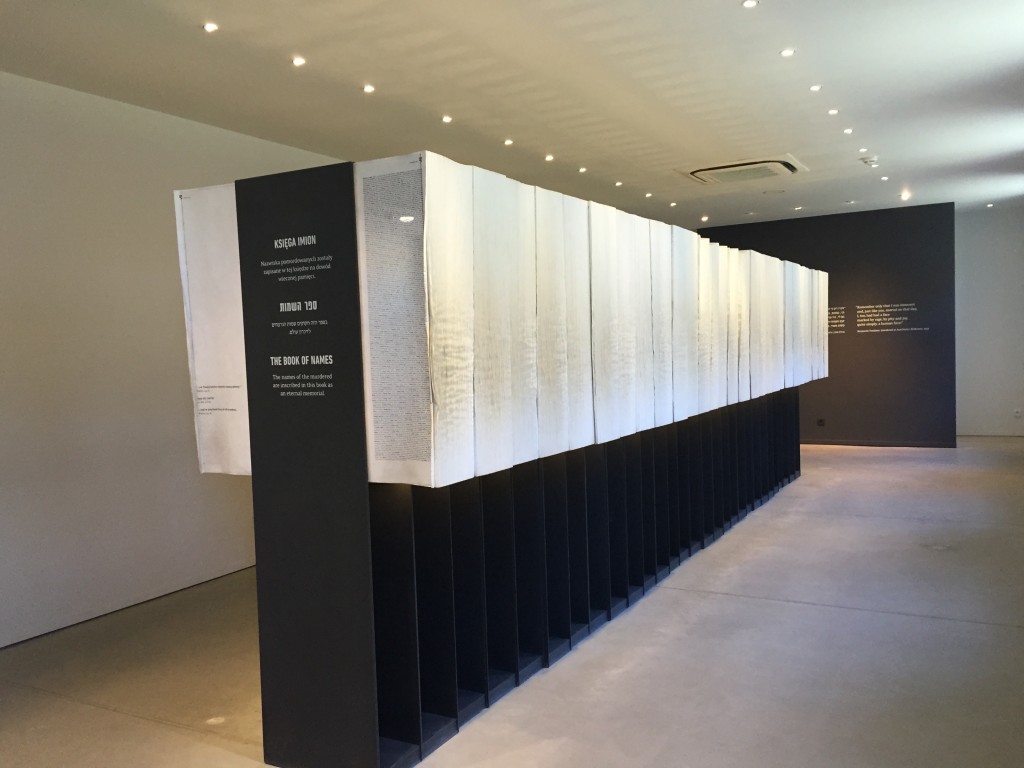 The names of the six million that have been identified 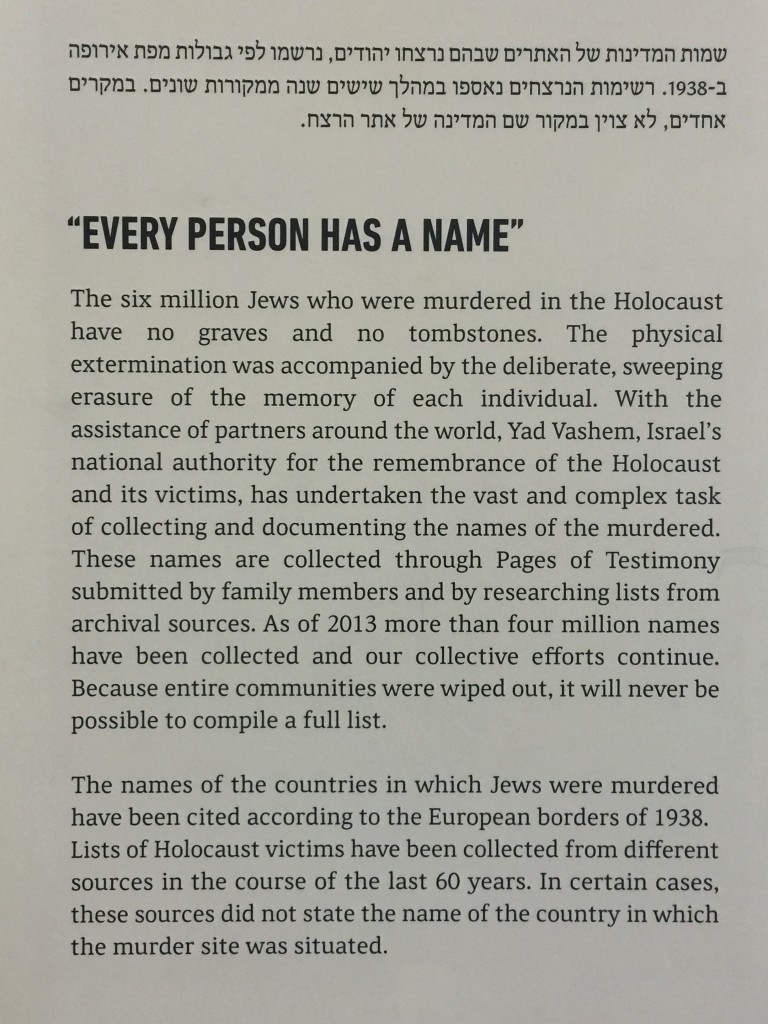 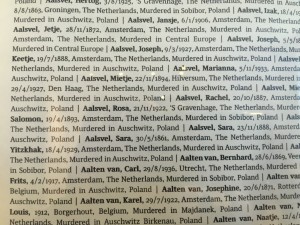 Each person has a name

And in a Shoah Yad Vashem exhibit at Auschwitz there was a book that listed the names of the 6 million Jews that could be identified that were murdered by the Nazis. The names of real people. 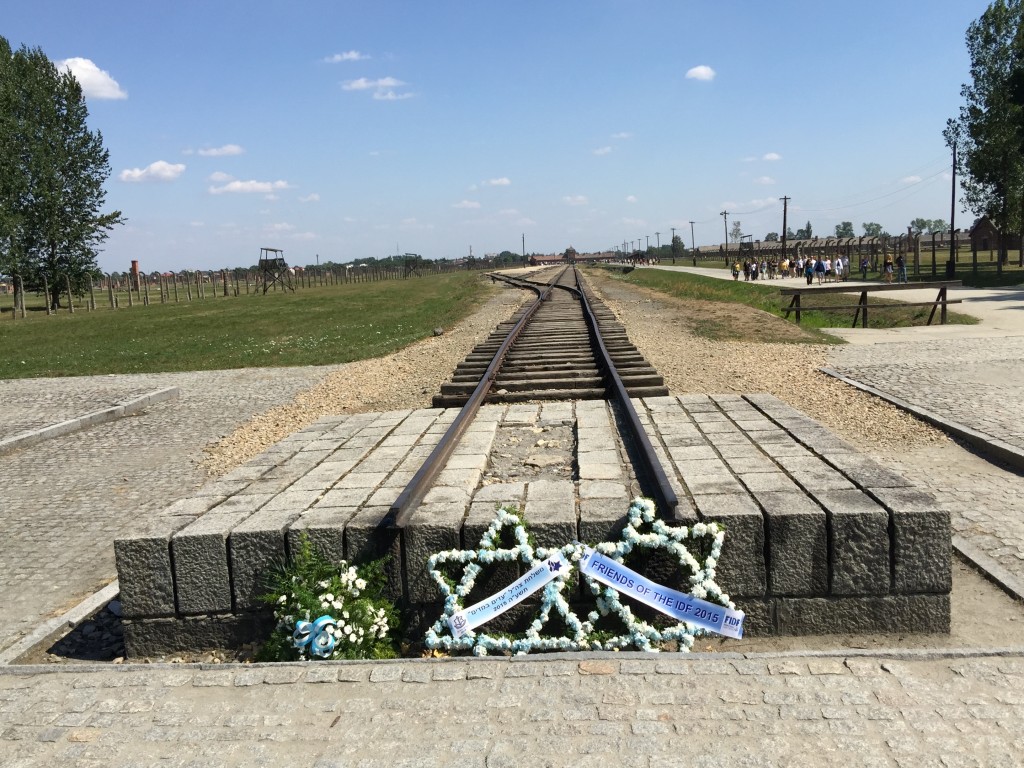 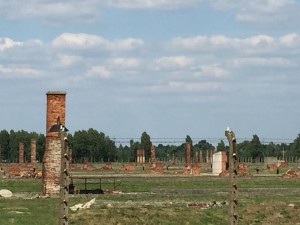 A forest of chimneys

We left Auschwitz for Birkenau, (officially Auschwitz I and Auschwitz II-Birkenau) and in many ways it was even more terrifying. The destroyed crematoriums, the forest of chimneys that were once barracks, the description of the step by step procedures as inmates were hastily evaluated and immediately murdered or sent to Auschwitz to be worked to death.

In retrospect, if we had to do it all over again, I would take two days to visit Auschwitz I and Auschwitz II-Birkenau. You need two days because any more than 4-5 hours in each place is simply too much. I would start with Auschwitz II-Birkenau first (instead Auschwitz) to set the context, taking my time and then going back the next day to go to Auschwitz I (the reverse of what the tours normally do). I would get to both places at 8 A.M.(to avoid the crowds) and allow enough time to let yourself be swept up into the experience of the place. 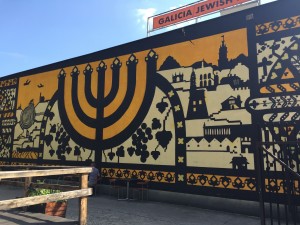 To understand the context we had previously been to the Galicia Jewish Museum in the Jewish Quarter (Kazimierz) in Kraków. The permanent exhibit features photographs by the late Chris Schwarz and texts by Jonathan Webber, who worked together to paint a picture of the Jewish life and culture in Polish Galicia (an historical and geographic region in Eastern Europe, that straddles the today’s border between Poland and Ukraine), some of which can still be seen today.

The exhibition is divided into five sections, corresponding to the different ways in which you can think about the Jewish experience. Jewish Life in Ruins, Jewish Culture as it Once Was, Sites of Massacre and Destruction, How the Past is Being Remembered, and People Making Memory Today. It was so good we went twice—before and then after our trip to Auschwitz.

If you are thinking about going to Auschwitz, it’s really difficult to get the whole story about the tours, but I think we finally figured it out (look here for more information  ). All of the tours are given by Auschwitz guides, and the tour you book in Kraków is really just transportation. The guidebooks you get at Auschwitz are informative enough, and there is quite a bit to read and see There are also other important exhibitions that are not on the tour— ones that focused on people, and the ones that I found so moving.

So we chose not to take a tour.

The group tour of Auschwitz is normally 3.5 hours with 2.5 hours at Auschwitz, 15 minutes of travel between the two camps, and 45 minutes at Birkenau.

We spent 4.5 hours at Auschwitz and 2 hours at Birkenau.

It was not, and never will be, enough.